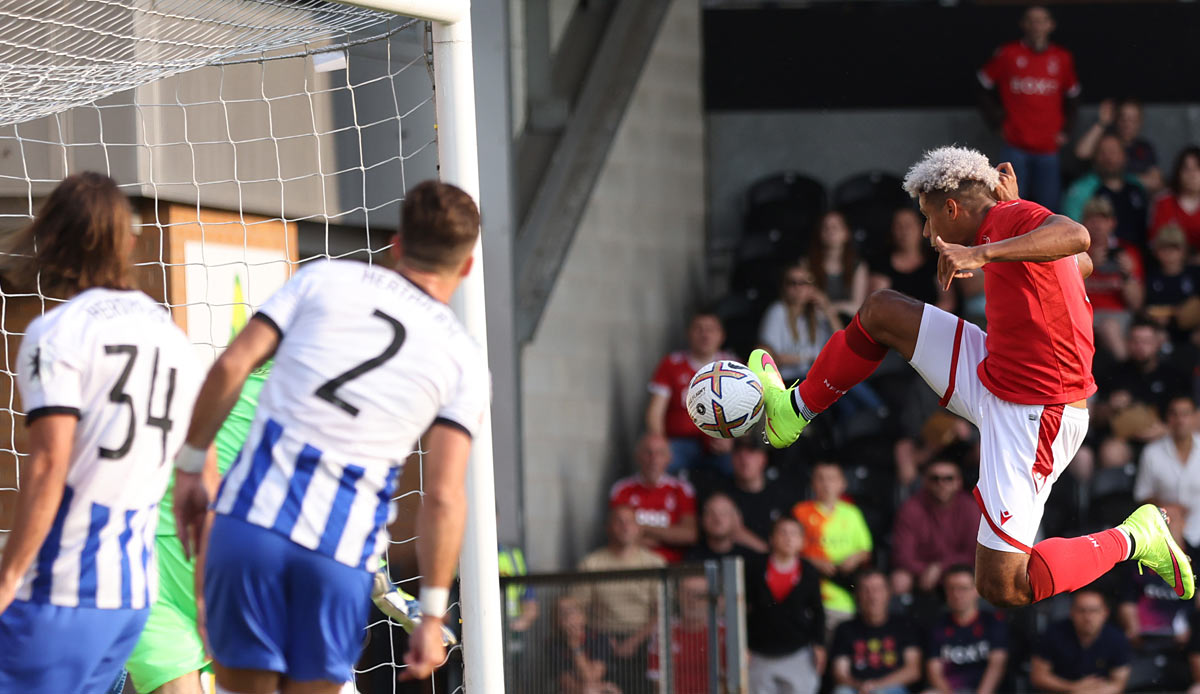 Lyle Taylor with a brace (8th/20th) and 18-year-old Lukas Ullrich with an own goal (84th) ensured Nottingham’s victory, Hertha youngster Derry Scherhant (44th) had meanwhile shortened. Black started with a better B-Elf and made almost complete changes at the break.

The two Bundesliga additions Taiwo Awoniyi (Union Berlin) and Moussa Niakhate (FSV Mainz 05) were in the starting eleven for the English team, with Omar Richards (Bayern Munich) taking a break.

Four days ago, the Berliners lost 1-0 to the English third division side Derby County. On Saturday it goes for the table-16. back home last season. Things get serious for the first time in the first round of the DFB Cup on July 31 at Eintracht Braunschweig, which has been promoted to the second division.

Borussia Mönchengladbach remained unbeaten in the penultimate test of the preparation. The team of the new coach Daniel Farke drew 1-1 (1-1) against the Dutch first division club RKC Waalwijk in Velbert.

In seven friendlies, Borussia have so far won four and drawn three. The dress rehearsal for the new season takes place on Saturday (3.30 p.m.) at home in Borussia Park against the Spanish first division club Real Sociedad from San Sebastian.