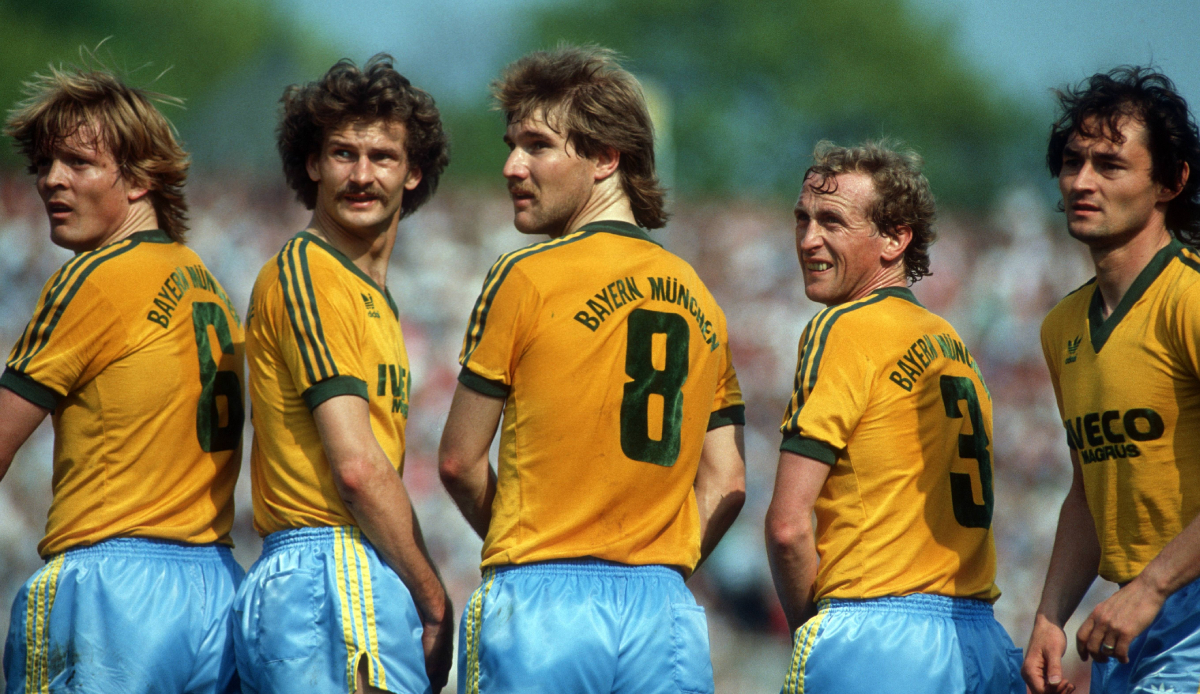 In 1983/84 FC Bayern attracted attention with yellow and blue jerseys – this curious combination had something to do with Brazil, Kaiserslautern and Betzenberg.

In 1983, FC Bayern Munich surprised with yellow and blue jerseys that differed greatly from the red and white club colors. The jersey with the Brazilian look wasn’t the first to fall out of line, but it was the dress with the strangest background.

In Munich, for example, unusual jerseys were regularly used. Bayern legend Lothar Matthäus, for example, found a red and blue jersey particularly unattractive, he told the image: “I liked the blue Opel jersey from 1996/97 with the red chest ring the least. That was a very clear contrast, it wasn’t my taste. In addition, the jerseys were extremely wide.”

But why did you decide in Munich in 1983 for a shirt that could not be identified as a Bayern shirt?

The Brazil jersey from 1983: Kaiserslautern and Uli Hoeneß as triggers

The initiator of the Brazil jersey was actually Uli Hoeneß, now ex-president of the German record champions. At that time, 1. FC Kaiserslautern turned out to be a feared opponent of Bayern, between 1975 and 1982 there were eight defeats and two draws for FCB in ten games at Betzenberg.

Then, on November 26, 1983, came the surprise: Bayern suddenly appeared in yellow jerseys – the top game against Kaiserslautern was coming up. Lautern, on the other hand, opted for the green dress, and Bayern won for the first time in a long time at the “Betze”. A penalty by Klaus Augenthaler decided the game (final score 1:0).

FC Bayern outfits: all jerseys since the 1990s

Augenthaler: “Then Uli came with the yellow and blue jerseys, that was very strange”

The then winning goal scorer remembers in conversation with the image of the strange events: “Paul Breitner had already said at the time: Give them the points right away, we don’t have to go there anymore. We knew we had to come up with something.”

Augenthaler reveals: “Then Uli came with the yellow and blue jerseys, that was very strange. Bayern in Brazil colors, that was a strange feeling, that’s never happened before. I just recently saw pictures of it, that’s a very unusual sight. But we won with it and then played with it and won the next few times at Betzenberg.”

For the Bavarians around Klaus Augenthaler, the Brazil look thus became the “Betze lucky jerseys”. In the 93/94 season, the Munich team then celebrated the comeback of the yellow jersey – but this time the idea was not so well received by the team…

Ex-Bayern professional Thomas Helmer commented on the yellow and green away jerseys for the 93/94 season and said: “No one in my team liked this canary jersey. Everyone was happy when the jersey got dusty after only two seasons.”

Lothar Matthäus, on the other hand, has a different view of the unusual design, he found it “creative” and “extraordinary”.

Bayern and the extravagant jerseys: It’s probably an endless story. At the championship celebration in 2000, Sammy Kuffour made himself immortal on the town hall balcony with the words “Red and white jerseys, we want red and white jerseys…” in response to the red and blue shirts from the 90s among Bayern fans.

However, these words should not remain the motto forever, in the 2018/19 season the German record champions wore purple and mint green jerseys, and the protests from Bayern supporters were great afterwards. So it remains to be seen whether people on Säbener Strasse will wear the yellow and blue dress again when things are no longer going well.