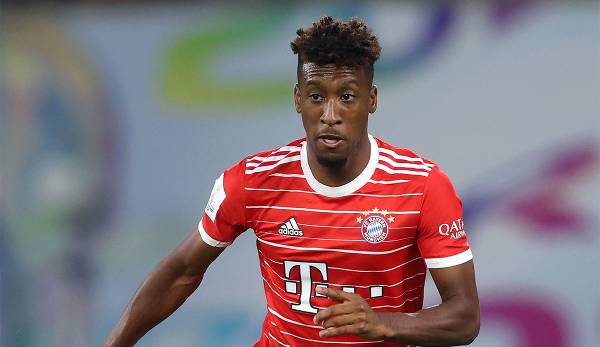 FC Bayern Munich starts the new Bundesliga season against Eintracht Frankfurt this Friday evening – but definitely without Kingsley Coman, who is not missing due to injury. SPOX explains: That’s why Coman is missing.

The Europa League winner against the German champions: The Bundesliga has a real treat in store for the start of the 2022/23 season.

This Friday, August 5th, Eintracht Frankfurt and FC Bayern Munich are dueling at Deutsche Bank Park, the kick-off of the encounter, the first matchday and the new season will sound there at 8:30 p.m.

FC Bayern Munich: That’s why Kingsley Coman is not allowed to play against Eintracht Frankfurt today

What is already certain in the run-up to the meeting: Munich will definitely have to play without Kingsley Coman. The French attacker is not missing from Julian Nagelsmann’s team, for example because he is injured or has been infected with the corona virus. Rather, Coman still has to serve a ban from last season.

On the 33rd match day he was sent off against VfB Stuttgart with a yellow and red card and consequently banned for a total of three games by the DFB sports court. The FCB number 11 watched one game in the past season, and two more matches will now be added in the new one. These are therefore just that showdown with Frankfurt Eintracht and the duel with VfL Wolfsburg on August 14 in the Allianz Arena (5:30 p.m.).

In the meantime, Coman was allowed to complete the DFL Supercup against RB Leipzig. The winger came on as a substitute in the 60th minute, but he didn’t contribute a goal or an assist to the 5-3 win.

Despite all the quality of Coman, Nagelsmann will be able to absorb the failure well, he might not have set it up from the start anyway. Thomas Müller, Jamal Musiala and Serge Gnabry stormed against Leipzig together with star newcomer Sadio Mane, in Frankfurt there should hardly be any changes in the offensive line-up. Bayern would also have a Leroy Sane on the bench.