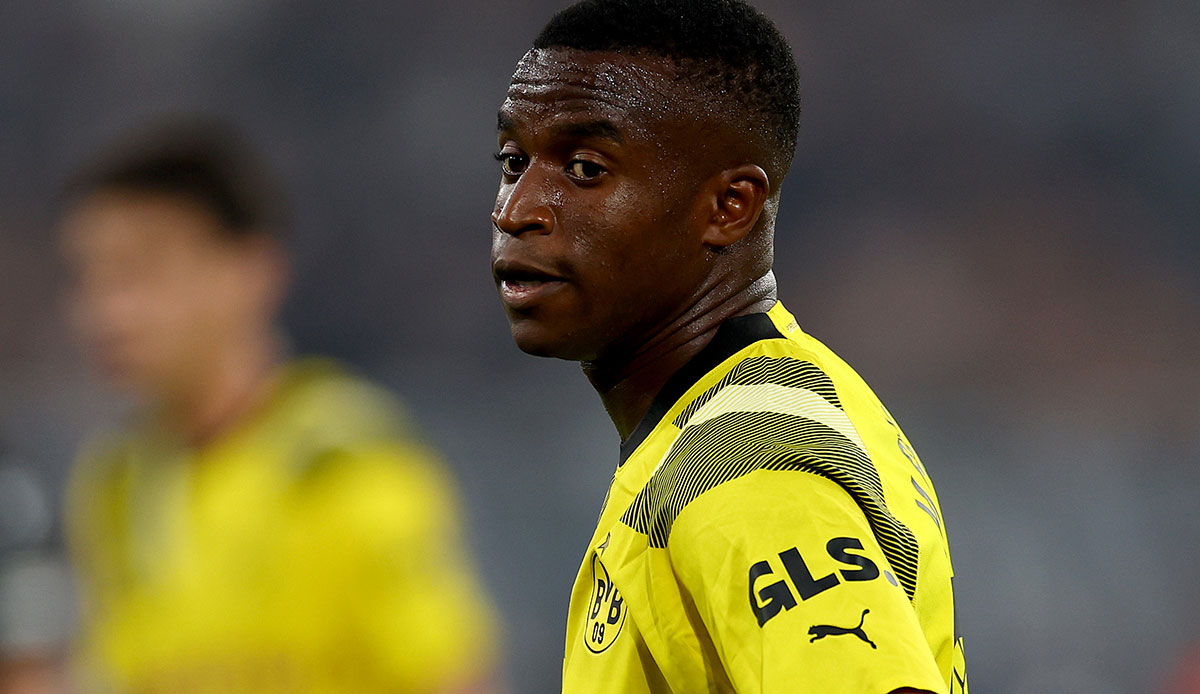 A possible extension of Youssoufa Moukoko’s contract at BVB could take even longer. Marco Reus’ participation in the World Cup is apparently becoming a race against time. Here you can find news and rumors about Borussia Dortmund.

BVB, rumor: That’s why the negotiations with Moukoko are stalling

BVB would love to extend Youssoufa Moukoko’s expiring contract, but the 17-year-old is currently not ready to sign a new working paper. According to information from picture Moukoko is still dissatisfied with his playing times. According to the report, a decision could even last into the winter.

The key data of the new working paper should already be fixed: The striker should sign a long-term contract with an annual salary of 3.5 million euros. Moukoko himself could also imagine staying at BVB despite faltering negotiations.

Manager Sebastian Kehl confirmed on Sunday sports1 the desire to extend with Moukoko: “We want to continue writing the story and have been in talks for some time. Youssoufa knows that the next step is important for him and that he needs a club that builds on him.”

After a starting eleven on the first day of the game, he did not get past short appearances – despite three scorer points as a joker a week later in Freiburg. He scored the winning goal in Saturday’s derby win after coming on as a substitute in the 64th minute.

BVB’s 1-0 win over arch-rivals Schalke on Saturday was marred by the injury to captain Marco Reus, who had to be taken off the field on a stretcher after twisting his ankle.

The day after, Sebastian Kehl gave in sports1 However, the all-clear: “It was a shock for us too. But I can give the all-clear a little bit. The examinations didn’t show a fracture, a lateral ligament injury on the ankle. But not so bad that the World Cup is in danger.”

From a report by sports1 However, it is clear that Reus’s possible participation in the World Cup “wobbles”, since the progress of the rehabilitation is difficult to predict. It is a “race against time”.