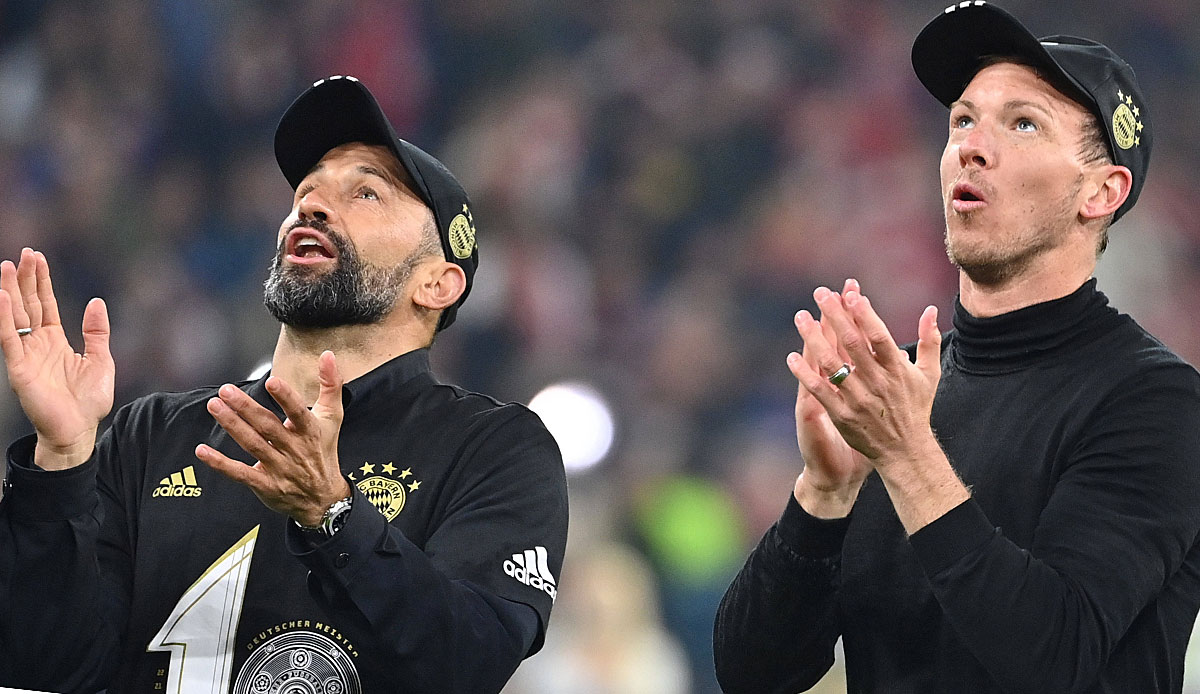 FC Bayern Munich may be facing the biggest turning point this summer since Louis van Gaal signed. The trip to the USA showed for the first time how the record champions’ tactical style could develop without Robert Lewandowski – and what opportunities and risks this would entail for Julian Nagelsmann. Five insights after the first friendlies.

The word “turning point” is experiencing a renaissance this year. The term also applies to FC Bayern Munich. “It’s a challenge, there’s a new Bayern Munich,” said Julian Nagelsmann recently on the record champions’ trip to the USA. A challenge that is perhaps synonymous with the biggest tactical upheaval since Louis van Gaal in 2009.

Mainly because top striker Robert Lewandowski fled. The Pole is now playing for FC Barcelona. His longtime offensive partner Thomas Müller recently explained that Bayern had consciously and unconsciously tailored their game to the 33-year-old – even if it was never the specific match plan.

Now the Munich are without their target player. But the club has made significant progress in other positions. “Nobody has to worry,” said Nagelsmann. But, is this really the truth? The two friendlies against DC United and Manchester City provide five initial insights into where Julian Nagelsmann’s team could develop tactically.

FC Bayern Munich: All the top scorers of the millennium – not including Klose

The most important question in the summer preparations is who should inherit Robert Lewandowski. 50 goals and seven assists in 46 appearances – the short answer to the question is: nobody will be able to catch it alone. Nagelsmann himself sees more opportunities than disadvantages in this. The style will be “different, we will be more variable,” said the coach, who will plan with Sadio Mane in the offensive center, among other things.

In the USA, the beginning of variability was already recognizable. Nagelsmann relied on a double lead in both games. In the 6-2 win against DC United, Serge Gnabry played with Sadio Mane in the center of the attack, against Manchester City (0-1) Gnabry’s partner was Thomas Müller. It is perfectly clear that the change has yet to take effect and therefore not too much can be interpreted into these friendlies. However, the first positive signs can be seen.

Nagelsmann builds on his ideas from last season by positioning many players in the center. The wings were often occupied only once in both friendlies. Lewandowski’s role will now be split. This means that there is no longer a clear target player. Before that, Thomas Müller was the clear helper, who ran spaces around the Pole and fed his strike partner with passes. This assignment no longer exists.

Everyone needs to be an assist in certain situations, and everyone needs to be able to offer themselves as target players. This creates dynamism because there is a constant coming and going in the offensive line. While Lewandowski naturally interpreted his role in a very physical way, it is now even more important to find the interfaces in the opposing defense and to play them with passes into the run. There will probably be fewer high crosses and also fewer situations in which a Bayern attacker has to assert himself with his back to the goal.

FC Bayern: Variability is both an opportunity and a risk for Nagelsmann

Of course, FC Bayern tries to sell the change of style on the offensive as positively as possible. And it’s actually a great opportunity for the coach. In his first season, there were said to be problems with Lewandowski again and again. In November, the Pole complained at a national team press conference that there was not enough space in attack. With six offensive players, it’s “not easy for a striker,” he said at the time.

Especially in the second half of the season, it appeared that Nagelsmann was increasingly deviating from his own convictions and that the team as a whole was positioned more broadly – i.e. with more freedom for Lewandowski. Without the FIFA world footballer, Nagelsmann can structure his offensive more freely and try out more ideas.

But one risk remains: a wall player is missing. In both friendlies there were several attacks that Bayern couldn’t finish properly because nobody could hold the ball until enough offensive players had moved up. At TSG Hoffenheim Nagelsmann had Sandro Wagner, in Leipzig it was once Patrik Schick and Yussuf Poulsen. These players could drop, control and redistribute the ball under pressure. Or they extended a long ball with their head.

Bayern lacks a player like that. Even with top talent Mathys Tel it is questionable whether he is capable of it. The offensive is currently very dependent on speed, dribbling and verticality – and therefore also on space. A player who brings qualities in the ball game and who has his back to the defense would probably do FC Bayern quite well – at least in certain situations. It remains to be seen how narrow the line between “variability” and “predictability” actually is. And whether Bayern’s offensive also works when opponents cleverly defend and close the center.