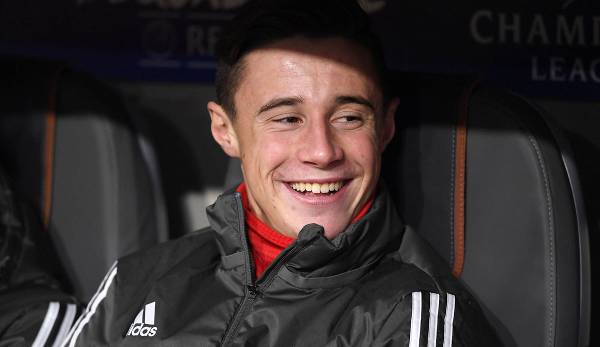 Marco Friedl once failed like many other talents at FC Bayern Munich. At Werder Bremen he is now captain and one of the faces of success. Everything could have gone very differently.

Almost four years ago, in the winter of 2018, FC Bayern agreed with the then basement child Werder Bremen on a loan of the then 19-year-old Marco Friedl for a year and a half. The subsequent commitment of 3.5 million euros was the logical consequence of his good development, which, like many other talents, was not possible in Munich.

On Tuesday (8.30 p.m. in LIVETICKER) he returns to the Allianz Arena as the captain of one of the biggest surprise teams of the season. Friedl was not always in a good position on the Weser – and that is also his fault.

But first things first: after only rarely being in the starting XI in his second year in Bremen, the Austrian became a regular in the 2019/20 season. Werder just managed to avoid relegation despite a long and disastrous season. Friedl was identified as one of the main culprits.

However, coach Florian Kohfeldt stuck to the versatile defender. Friedl became the undisputed regular player, while established players such as Ömer Toprak and Niklas Moisander switched between the starting XI and the bench. Nevertheless, the long overdue relegation could no longer be prevented. The bitter transition to the second class? Not an option for Friedl, who flirted with a move to Union Berlin. Some clubs had already expressed their interest at the end of 2020.

Since there was no movement in a transfer, Friedl made a momentous decision. While his team-mates were thinking about the financially important resurgence, he refused to play against Hansa Rostock on matchday five. A bad mistake, as it quickly turned out.

On the same day, the leadership around Frank Baumann sentenced him to a fine. But much worse: he fell out of favor with coach Markus Anfang, the team and, above all, the fans. He was subjected to such hatred on social networks that he even disabled the comment function on his Instagram profile.

Due to different ideas about the transfer, the transfer finally burst, Friedl stayed in Bremen and initially found himself on the bench. Union Berlin had turned his head, as he later admitted.

“I would do that differently today,” said Friedl: “I made the decision based on a concrete offer that came to Werder Bremen. Things come to a head especially at the end of a transfer period and there is little time for decisions.” In this “dilemma” the “full concentration” on the game against Rostock was not possible. However, he did not expect the “hype” about his person.

After clarifying talks with his superiors and teammates, however, a longer suspension was refrained from. Werder showed mercy. “A lot of thoughts were bubbling up in him. You have to give that to a player. You should definitely not demonize him,” explained Baumann at the time. Nevertheless, Friedl also stewed on the bench in the next two games.

Marco Friedl: A statement sheet brought about the turning point

After three games, the pause for thought finally came to an end, also because Werder had lost the northern derby against Hamburger SV 0-2. However, Friedl initiated the turning point earlier. Already in the first game after the change of theater he drew a symbolic line by throwing the line-up sheet from the game against Rostock that was still hanging in the dressing room in the garbage.

“Since Marco called me the night before and didn’t want to play, I didn’t write him down,” explained Beginning: “The day before yesterday he came into the dressing room, tore off the poster and said: ‘Now that’s enough. I want to be back be!'”

The action impressed the former Werder coach (“I think it’s positive”), which is why he had no qualms about nominating Friedl for the starting eleven again in the third game after the strike – and he didn’t move out of this for the rest of the season out of here. Only a corona disease and an abdominal muscle injury prevented a full yield of game minutes. In the remaining games he was on the pitch until the final whistle and thus played a key role in the return to the Bundesliga.

In the summer, Friedl was again exposed to attractive offers, reportedly also from clubs in the Champions League. But he immediately nipped the speculation in the bud and extended it until 2026.

Friedl also learned from the quarrels and had an exit clause anchored in his contract – possibly in order to fulfill his “dream” in Spain at some point. His good friend David Alaba had already invited him to Madrid and made the country palatable to him. Angry tongues would claim that he is also familiar with less quiet departures with regard to his change from FC Bayern to Real.

Marco Friedl: Captain and fixed point of the Werder defense

At least until the end of the season, that should be a dream of the future. “I’ve actually been through everything with the club: a great first season when we narrowly missed out on the Europa League, then the relegation, relegation, promotion. I was always in the middle of it and came to the realization that I was in must be a leading player in the last row,” said Friedl shortly after signing his contract.

As a reward, promotion coach Ole Werner also gave him the captain’s armband. A new highlight in Friedl’s changeable career, who now seems to have found himself. And there is still no end in sight to the success story.

21 points from 13 games mean an excellent seventh place in the table, Werder are much closer to the European Cup than relegation. Friedl is the fixed point in Bremen’s three-man and five-man chain, which forms the basis for coach Werner’s courageous attacking football (high pressing).

In the 3-2 win over BVB, Werder impressively demonstrated their qualities against stronger opponents. FC Bayern should therefore be warned. And Friedl? He no longer has to deal with the second class for the time being.