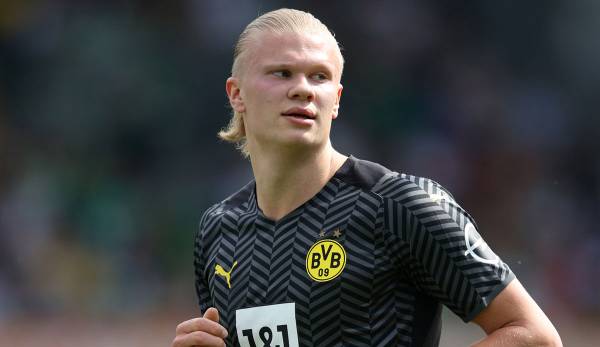 The biggest transfer saga of this season is over: Erling Haaland is leaving BVB and moving to Manchester City in the summer. SPOX examines the transfer from three perspectives.

Erling Haaland: The transfer from the player’s perspective

After a year at RB Salzburg and around two and a half years at Borussia Dortmund, Erling Haaland’s career continues meteorically – not only financially, but above all in terms of sport. With Manchester City, the Norwegian has made the final step towards becoming a top European club with which he can also win major titles – the DFB Cup (2021) and the Austrian Championship (2019) with all due respect.

After months of speculation about his future, Haaland made what he saw as the most logical and best decision. With his physical condition, the 21-year-old fits perfectly into the Premier League. At the latest after his arrival at BVB, the whole football world knows about his penetrating power, his pace and the incredible goal threat (85 goals in 88 BVB competitive games). Especially since another club in these spheres simply would not have made any sense for Haaland.

Otherwise only Chelsea FC and Manchester United would have come into serious consideration on the island. However, the Blues would first have to make room for Haaland. For Romelu Lukaku, who is probably one of the biggest transfer flops in recent club history, a buyer should first have been found who would at least partially repay the 113 million euros invested last summer.

The takeover of the club management is also still being delayed, and there is still no planning security. In the case of the Red Devils, on the other hand, it would have been nice to lead the ailing traditional club back to the top. Haaland alone would – if at all – only close one of many construction sites. At City, he’s getting closer to the goal of being a world leader much faster. Furthermore, he doesn’t have to waste a year in the Europa League with United’s city rivals.

Erling Haaland: Decision against Real Madrid was spot on

The decision against Real Madrid is also the right one at this point. With the royals, who were named favorites for a Haaland commitment by every gazette some time before City, he would have threatened to go down in the masses of attackers.

With Karim Benzema, Real currently has what is probably the best striker in its ranks, and Kylian Mbappe is said to come from Paris. Mbappe can also act on the outside, but no team in the world needs three nines of this caliber. Haaland would not have the same status there as with City.

And in Pep Guardiola he meets a coach who, like many others, will certainly make him a little bit better (keyword game intelligence). Maybe even the best in the world.