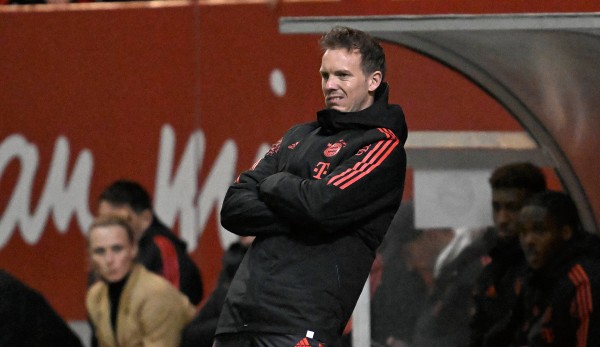 Bayern Munich narrowly escaped their first defeat of the year. Against RB Salzburg it is mainly the second suit that prevents that. A duel behind the starting eleven also causes a stir. Three insights into the record champions’ first and only friendly during the winter break.

FC Bayern Munich started the new calendar year with a spectacular 4:4 against RB Salzburg. After being 3-1 down at one point, Bayern turned the game around only to concede the equalizer in the end.

Regardless of the result, coach Julian Nagelsmann saw some positive approaches – but also things that should worry him a week before the Bundesliga restart.

Then Munich will play against RB Leipzig. Precisely because the Salzburgers have a similar style of play as their counterparts from Germany, they were probably the perfect test match opponent. Nagelsmann takes these three insights from the dress rehearsal.

FC Bayern Munich: The system is fine, but there is still a lot of work to do

“The first 20 minutes were good, after that we didn’t defend as consistently. We were a bit tired after the strenuous training camp,” Nagelsmann justified the 4-4 win against RB Salzburg. You saw things that he had often shown the team in the first half of the season. “We conceded two goals in situations that we actually discussed,” said the coach.

He was probably alluding to Sékou Koita’s 1-1 equalization and Noah Okafor’s 4-4. On both occasions, Salzburg managed to combine with just a few contacts through the middle and get into a dangerous final position in front of the respective goalkeeper. It’s good, says Nagelsmann, that he can show these scenes again a week before the start of the competitive game.

The game system was actually right. Bayern played well in counter-pressing and quickly regained a number of balls. The center in particular was tightly staggered and so there were hardly any counterattack situations for Salzburg. Small lack of concentration then led to ball losses on the part of Munich, who invited the guests. A similar challenge awaits FCB against RB Leipzig.

The risky build-up is a trademark under Nagelsmann – and only really risky when the fine-tuning isn’t there. But after the long break in winter, that’s still a problem. Against Salzburg, Munich showed several times that they can build on the furious phase before the World Cup – but the rhythm is not there yet. The schedule is tight with Leipzig, Cologne and Frankfurt. Some hope for the Bundesliga? FC Bayern’s first suit isn’t perfect, at least not yet.

The starting line-up of the record champions was also interesting. After Leon Goretzka had to pass for reasons of load control, Nagelsmann did not decide for Marcel Sabitzer, but for Ryan Gravenberch. So far in the first half of the season, the Dutchman has been left out when there were minutes to be had in midfield. It is quite possible that his standing has now improved.

Especially since Nagelsmann has announced that the starting eleven will consist of those players who are currently ahead. Gravenberch showed a committed and appealing performance against Salzburg. He initiated the opening goal with a courageous offensive run. In any case, he was often playable in midfield and, through clever positioning in the half-space, helped to break up Salzburg’s pressing traps. The guests had tried to isolate Bayern’s full-backs – but Davies often found a path to Gravenberch, especially in the early stages.

In order to get playing time, the 20-year-old will first have to oust Marcel Sabitzer from third place in midfield. The Austrian only seemed to be more motivated by the bank position in the friendly. Even if he acted somewhat unluckily, he was somehow involved in almost every attack in the closing stages.

It could be a very hot duel in Bayern’s midfield – and also one that is of great relevance. Because Leon Goretzka is not missing for the first time. It is quite possible that one of the two will be able to play the center of attention more often in the coming months.