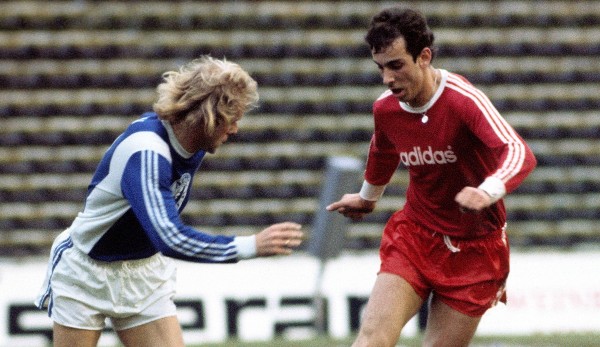 Berkant Göktan celebrates his 42nd birthday on December 12th. As one of the few Turks, he played for FC Bayern Munich, with whom he was German champion twice – even if his influence on the title was rather small.

SPOX shows the Turkish players in the history of FCB.

Önal was the first Turkish player ever to join Bayern professionals and was introduced in the summer of 1977 with the other additions and coach Dettmar Cramer. He was born in Izmir and came to Germany with his parents at the age of seven. Through the Bayern amateurs, he made the leap to the professionals – and to the first “immigrant child” ever in the Bundesliga.

Önal played for the Turkish national team and for Galatasaray for seven years. He passed away in spring 2021.

The second who made it at Bayern – but only to a limited extent. Because at that time only two foreigners were allowed and these positions were occupied by Jean-Marie Pfaff and Sören Lerby, Tütüneker “only” played in the second team.

Nevertheless, he was officially twice champion and cup winner with Bayern. Then later a player at Galatasaray and a coach at FC Wil in Switzerland.

Born in Munich, he was considered a huge talent – and also a volatile character. Was awarded several times or played in the second team. After stints in Turkey, Göktan hired TSV 1860 of all people and seemed to get things going again – until he was banned for a year for cocaine abuse.

Göktan switched to the Thai league in 2010, came back after two years and still played for SV Heimstetten in the regional league. End of career then 2014.

Altintop switched from Schalke to Bayern and was part of the large-scale transfer offensive after missing the championship. In Munich he won two championships and two cups, but lost the Champions League final against Inter 2010. In 2011 he moved to Real Madrid.

After the royal and the almost world career came Galatasaray – and then SV Darmstadt 98. The engagement ended after only six months, Altintop ended his active career in 2018.

Jürgen Klinsmann let the native of Munich play in the 2008 Supercup, and Ekici immediately scored a goal. Always walked in the orbit of the pros, but never took the leap with Bayern. After a loan to Nuremberg, he went to Werder Bremen, while also establishing himself in the Turkish national team.

He ended up at Fener via Trabzonspor – and met his youth club again at the Audi Cup 2019. In the summer of 2020 it was over in Istanbul – since then Ekici has been officially without a club.