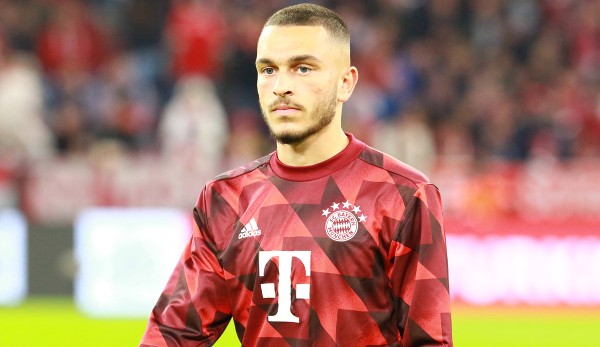 Between January 6th and 12th, FC Bayern Munich is preparing for the second half of the 2022/23 season in Qatar. We take a look at the youngsters who flew to Doha.

With Manuel Neuer, Sadio Mané, Lucas Hernández and Bouna Sarr, four Bayern professionals are currently out due to injury and are therefore not part of the training camp in Qatar.

That’s why we look back at Bayern’s past years in Qatar and see which FCB boys have already flown to Doha – and what has become of them.

May travel to Qatar due to Manuel Neuer’s injury. Is currently the third keeper in Munich behind Neuer and Sven Ulreich, otherwise he is used as Bayern’s second representative.

Is currently the regular keeper of the Bavarian U19 team, but according to several media reports, the Bayern bosses are planning him as a third keeper in the future. So far, Hülsmann has only occasionally trained with the pros.

As the picture reported, the defender should become an integral part of Julian Nagelsmann’s professional team from the coming season. The 17-year-old, whose style of play is reminiscent of Jérôme Boateng, still wants to graduate from high school. Buchmann is currently playing for Bayern’s U19s.

In the FC Bayern U19s, the attacking midfielder is turning up the heat this season. He contributed 13 goals and six assists in 19 competitive games. In the U19 Bundesliga, he is currently the top scorer.

The left winger has already made appearances for the German and Turkish U-national teams, and he currently plays for the DFB U19s. At FC Bayern, the native of Munich is used for the reserve.

At the age of 16, the Croatian midfielder became the youngest captain of a European top division team at his former club Slaven Belupo last season. In the summer he moved to Munich for 1.8 million euros.

The central defender has not yet been able to assert himself at Bayern. A loan to Cologne last year did not bring the desired success, so Arrey-Mbi has now been loaned to Hannover 96. There he fought for a regular place before the winter break.

After the competition at Bayern in central defense was too great, the American was loaned out to TSG Hoffenheim. There in 1.5 years as a regular player, he should not get a chance in Munich. Signed to Crystal Palace since last summer.

The Bayern bosses also tried him on loan. Moved to SC Heerenveen in the Netherlands for a season, scoring one goal in 15 games. After that he was still in the second Munich team before he moved to Dynamo Dresden. Only used sporadically there.

Has already played two competitive games for the first team of the German record champions, but has not yet made the permanent leap into the professional squad. Has been loaned to Jahn Regensburg since summer 2021, where he knows how to impress. This season, however, the Regensburgers did not register in time for the first half of the season, which is why he currently has to watch.

Was signed by Bayern from the youth team of VfB Stuttgart, but he was denied the path to the professionals. Made only three appearances with the first team, apart from that he mostly played in the second team. Moved to AFC Sunderland in the summer after an unsuccessful spell at Union Berlin.

Was actually initially planned as a player for the second team in order to be able to develop there. But when Hansi Flick took over the helm at Bayern and relied on the Canadian’s services, Davies’ performance exploded. Today one of the best and most sought-after full-backs ever.

Left the club for Wolverhampton Wanderers the following summer. But he wasn’t happy there either and ended up on loan to VVV-Venlo in Switzerland with Grasshoppers Zurich today.

The South Korean is another player who never made it to the top at Bayern. In the summer of 2019 he therefore joined league competitor Freiburg, where he has been one of the pillars of the team since this year at the latest. He has already played 20 competitive games for SC in 22/23, scoring two goals and three assists.

Was allowed to get a taste of Bundesliga and Champions League air time and time again with Bayern, but he was never really set for Bayern due to the great competition for Robert Lewandowski. Convinced on his loan to Anderlecht, today he is chasing goals for Bologna.

Manuel Neuer has been FC Bayern’s first-choice goalkeeper since 2011, so it was difficult for all of the competitors to get past the German international goalkeeper. Hoffmann, who was used for Bayern’s U17s and U19s but didn’t play a game for the pros, found out as well. Today he is under contract with Eintracht Braunschweig.

The central defender also failed to break through with the German record champions. Twice he was allowed to play more than 90 minutes in the Bundesliga, but there were no further appearances. Was therefore first loaned to Bremen and then last summer to FC Lugano.

The younger brother of World Cup winning goalscorer Mario didn’t make it to Bayern either. Just six months after his first training camp in Qatar, he left Munich for FC Augsburg. There he has been awarded to various German lower-class clubs for years.

Was signed before the 2016/17 season from the 1860 Rosenheim youth team, but the German record champions did not make more than 61 appearances for Bayern II. Has been kicking for SC Paderborn since summer 2022, where he seems to have made his breakthrough. Is a regular player in sixth place in the second division.

Experienced an unprecedented crash following his departure from Bayern Munich. Didn’t really impress on loan to Hamburger SV, PSV Eindhoven, SpVgg Greuther Fürth and Dynamo Dresden. That’s why he arrived at Excelsior Rotterdam in the Eredivisie today, where he comes on regularly as a substitute.

Within six years he went through all the youth teams of FC Bayern, he played his only competitive game for the FCB professionals in April 2018 against Eintracht Frankfurt. His move down a league to 1. FC Heidenheim proved to be a stroke of luck. There he convinced and drew the attention of the KAA Gent. He finally made it back to FC Augsburg in the Bundesliga via the station in Belgium. He has been playing there since 2021. Although he is currently out with a broken metatarsal, he is otherwise a regular with the Bavarian Swabians.

Today the winger plays in the fifth German division at Sonnenhof Großaspach, so he didn’t make the breakthrough at FC Bayern or any other big club. In the meantime with a trip to Austria, but he was not happy there either.

Was never an integral part of the professional squad at any point in his career, so he does not play a competitive game for FC Bayern. So he fled to VfL Bochum, where he stabilized. Today under contract with Union Berlin, where he does not always play in the first eleven, but overall gets his playing time.

Today the Austrian is captain and regular player at Werder Bremen, but the road to get there was rocky. With the German record champions only in the youth teams with operating times, which is why he was awarded to Bremen. Not immediately successful with the North Germans either, but over time he fought for his place with the North Germans.

Similar to Hoffmann, a certain Manuel Neuer stood in the way of the 22-year-old when it came to a place in the Bayern box. Today he found happiness at Austria Wien, where he is a regular.

Didn’t even make it into Bayern’s second team, but he was still allowed to go to the training camp in Qatar. Left the German record champions for Fortuna Cologne in the summer of 2015. After further stays at Holstein Kiel and Hallescher FC, he has now arrived at FCB competitor Borussia Dortmund. There he kicks in the second team.

Didn’t make a breakthrough in first-class professional football either at FC Bayern or later at SC Freiburg. Then switched to the 3rd division at Sonnenhof Großaspach, where he made 46 appearances in two seasons. Today even a class lower: he now plays for SSV Ulm in the regional league.