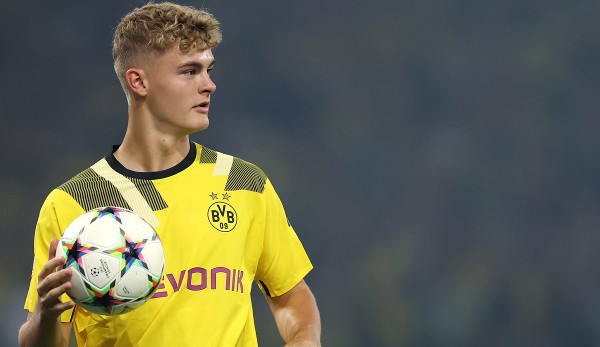 From January 6th to 14th, Borussia Dortmund is preparing for the restart of the Bundesliga at the winter training camp in Marbella.

Once again three youngsters have made it into the 28-man squad: Luca Unbehaun, Soumaila Coulibaly and Tom Rothe are allowed to travel to Spain alongside 25 professionals.

SPOX takes a look at previous training camps in Marbella and highlights the BVB boys who were allowed to show themselves there for the first time.

The goalkeeper has not yet completed a competitive game for BVB, but he has already made it into the professional squad a few times. He is currently the third keeper in the first team behind Gregor Kobel and Alexander Meyer.

After all, the defender is already playing for the professionals, but in Dortmund’s defense he still has to line up behind Mats Hummels, Niklas Süle and Nico Schlotterbeck.

As the only one of the three youngsters in the squad with some experience in the first team. Has even scored a Bundesliga goal for Dortmund, but he hasn’t made it to more than six appearances yet. However, it is considered a perspective future solution on the left full-back position.

The 18-year-old is undoubtedly one of Dortmund’s hopes for the future. Was used again and again in the past season under ex-coach Marco Rose, this season even started as a regular player until a shoulder injury stopped him.

Was raised to the pros after the training camp and has been used there ever since. If he is not injured, he is one of the permanent staff. In 93 competitive games for BVB with at least 26 goals.

Joined the pros from the U19s in the summer of 2019 and stayed for two and a half years. Raschl took part in the winter training camp last year – with Fürth for twelve months, transfer fee: 100,000 euros. He is currently a regular there.

Was with the second team at the time and said goodbye to Waldhof Mannheim six months after the winter training camp in Marbella, Spain. Meanwhile at 1860 Munich, with two goals in 15 games.

The right winger has since found a job at VfB Stuttgart after two stays in Paderborn. After initial difficulties, the Swabians are now regulars.

Traveling with the pros from January to September 2020, then went to Zwolle in his native Netherlands for a year. In Brunswick since the summer.

Trained at BVB since childhood, took part in three winter training camps. Then, after loans to Stuttgart and Dresden 2020, it went to Heidenheim for half a million euros. There currently supplementary players.

Trained at BVB from 2010 to 2019, after the training camp he moved directly to Bielefeld for 50,000 euros. Regular player in the Bundesliga with Werder Bremen since last summer.

Was allowed to get a taste of the second team in winter. At Verl from 2020 to 2022, now active for Aachen in the Regionalliga West.

Without a doubt one of the best BVB players in recent history. Was an integral part of the Dortmund squad from the 18/19 season and played a total of 137 games in the black and yellow jersey, in which he scored 50 goals himself and assisted 64 goals. Then joined Manchester United in England for a nice fee in the summer of 2021.

The striker was never supposed to break through with Dortmund, only after leaving BVB did he show what he is actually capable of. Regular player at Real Sociedad and accurate clipper. Today he is under contract with Newcastle United.

The keeper said goodbye to BVB immediately after the training camp. From the Netherlands (Zulte Waregem) we went back to Germany to TSV Steinbach and now to SV Atlas in the Regionalliga Nord.

From 2014 to 2017 substitute keeper of Dortmund. In the summer after the training camp we went to 1860 Munich. Currently at Wolfsberger AC in Austria – regular player with 34 goals conceded in 16 games.

Wore the Dortmund professional jersey for three years before fulfilling his dream of the Premier League. At 64 million euros at the time, it was the second most expensive (today the third most expensive) departure in BVB history. Not always the first choice for his new club, Chelsea.

In the summer of 2010, the then super talent rose to the pros. One of the team’s key players during his first appearance in Dortmund and perhaps the top ten in the league. He then joined FC Bayern and was never able to repeat his achievements there. About a second BVB time and PSV Eindhoven back in the Bundesliga at Eintracht Frankfurt today.