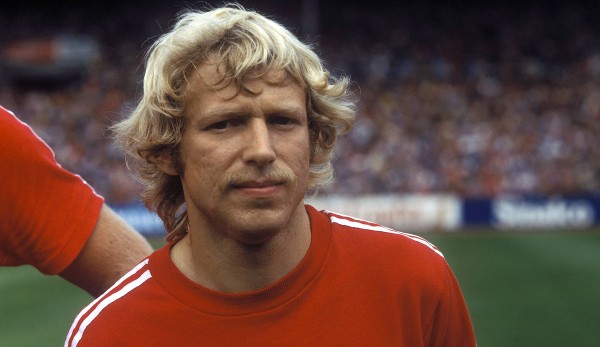 Yann Sommer’s transfer to Bayern Munich is perfect. The Swiss goalkeeper is moving from Borussia Mönchengladbach to Munich for up to 9.5 million euros including bonus payments, where he has signed a contract until 2025.

Born in Aachen, he started playing football in his hometown before making it to Bayern via Borussia Mönchengladbach in the summer of 1980. At that time, the people of Munich shelled out a record sum of almost 1.3 million Deutschmarks.

Personally, the change shouldn’t pay off for him. Under the then coach Pál Csernai, he was often only on the bench, and he only made 100 competitive appearances for Bayern in five seasons. That didn’t change when Udo Lattek took over on the sidelines in 1983.

After the commitment on the Isar, he spent two more years in Düsseldorf and a little later in amateur football. Today, Del’Haye’s commitment is considered a prime example of Bayern’s transfer strategy of buying away the best players from direct competition.

Even when Matthäus made the move at the time, there were voices who accused Bayern of deliberately weakening their opponents, after all Borussia were still playing at the same level as the eventual record champions at the time.

Nevertheless, in Munich the midfielder developed into one of the best footballers of all time. He made 410 appearances for Bayern during his two spells – returning to Bayern after a stint in Serie A in 1992 – scoring 100 goals and providing 50 assists. His successes at FCB are also more than impressive. He was German champion seven times, twice the DFB Cup winner, once the Supercup winner and once the UEFA Cup winner.

Today Matthäus is a TV expert sky active. In addition, he is still the record player for the German national team.

“Effe” made two moves from Mönchengladbach to Bayern during his active career. During his first interlude at FCB he was supposed to stay for two years, but the second time he stayed four years.

Effenberg had already matured into a seasoned Bundesliga professional with Gladbach, but he was not successful during his first spell at Bayern. In 1991 Bayern remained untitled, a year later they even slipped down to tenth place in the table.

He then returned to Munich in 1998 via the stations in Florence and Gladbach, but this time the cooperation was to be more successful. Effenberg was champion three times with FCB and he also won the DFB Cup once. The greatest moment of his career was certainly the CL triumph in 2001.

Before moving to Bayern, the Swede was Gladbach’s chief of defense for more than six years, but eventually he too was drawn to Munich. With FCB he was also German champion twice and winner of the Champions League in 2001.

His free-kick goal against Hamburger SV in the 2001 season finale, when he converted an indirect free-kick in the fourth minute of stoppage time and secured the German championship for Bayern in a long-distance duel with FC Schalke 04, will not be forgotten.

Later, Andersson was still on the road with the other FCB, FC Barcelona. Due to injury, he only made 31 appearances in three years with the Catalans. Then ended his career in Sweden.

Only stayed in Munich for a year – but this was quite successful for him personally. He was on the pitch 33 times for the German record champions, and he also won the Bundesliga and DFB Cup double.

He then joined Hamburger SV, for which he would play until the end of his career. He then rose directly to the management level of Hamburg. In 2018 he was elected to the HSV supervisory board, a year later he was elected club president. He still holds this office today.

One from the category: reach into the toilet. Baumjohann never got beyond the status of supplementary player in Munich. He only played four competitive games for the Bayern pros, only one of them from the start. He hardly played for the second team either, only appearing three times.

Baumjohann then embarked on a loan and club odyssey. A return to his youth club Schalke was followed by four less successful years at Berlin’s Hertha. Then adventures in Brazil and Australia. He has been without a club since 2021.

Moved from Borussia Mönchengladbach to Bayern Munich in 2012/13 for €4.7m

The defender was a top performer for Gladbach and a crowd favorite, but he still decided to transfer to the Isar in summer 2012. At FC Bayern, immediately followed the performance at Borussia and quickly developed into an indispensable support on the defensive.

By 2015 he had won three championships, two DFB cups and one CL cup with FCB. Above all, his debut season at Bayern was successful when they won the treble. It was only when Pep Guardiola went to the German record champions that Dante’s playing time decreased drastically.

He then played for VfL Wolfsburg for a year before moving to Ligue 1, where he has worn the OGC Nice jersey since 2016.

His move to Bayern Munich was the beginning of an unprecedented career crash. Was considered one of the greatest German talents in football at the time, but the early money and the high expectations of him did not do him any good.

He only made one professional appearance for the Bayern pros, off the pitch he mainly drew attention to himself with antics and scandals. For example, he had his hairdresser flown in from Düsseldorf to Munich or chartered a private helicopter for himself and his friends in southern France for a distance of less than 85 kilometers.

His time with the German record champions was therefore short, after which he went via Austria, Slovakia and the regional league team SV Straelen to the fourth Turkish league. He has been employed there by Karaman FK since November last year.

The transfer of the midfielder was – similar to that of Kurt before – marked by disputes between the Gladbach and Bayern bosses. At Borussia, Cuisance wanted a regular place guarantee, but they didn’t want to give him that. When FCB came knocking, he decided to leave NRW.

However, he should not prevail at Bayern. Although he showed his talent here and there during a few assignments, he never managed to perform well in the long term.

Even a loan to Olympique Marseille did not bring the desired success, which is why the Munich team decided after two years together to pull the ripcord and sell Cuisance. Today he plays for FC Venezia in Serie B.