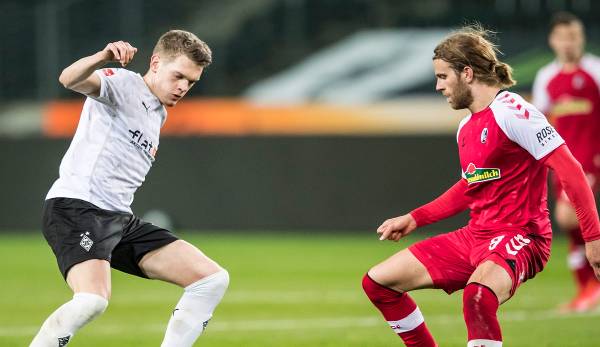 The national player’s forthcoming return campaign is both an opportunity and a risk for Freiburg. A youngster brings back some good feelings in Dortmund and Bayer Leverkusen can look forward to a real bargain.

The possible Ginter return is understandable – and dangerous

It’s not that they haven’t had good experiences with return campaigns at SC Freiburg. Jonathan Schmid is such a prodigal son, as is Vincenzo Grifo, of course. A return by Matthias Ginter would make sense for nostalgia reasons alone. And that’s a nice heartbreak story too. Should the national player really go back to Freiburg – and that’s what it looks like at the moment – then you can congratulate the people of Breisgau on having immediately found the right answer to the loss of Nico Schlotterbeck.

The transfer in the summer would also raise a few questions, first and foremost whether the Freiburg strategy would not bite with such a spectacular and, in the future, costly effort. And whether this will remain a one-off affair or, given the expected international business, Freiburg will also be a bit bigger on the transfer market, or shall we say: think differently? They rarely do crazy things at the sports club, for transfers like that of Grifo (for around seven million euros) or Baptiste Santamaria (for a rumored ten million euros) they have taken the risk in recent years. Sometimes with sporting success like with Grifo, sometimes with economic success like with Santamaria, who Freiburg was actually able to resell at a higher price after a weak season.

Matthias Ginter is now 28 years old, a resale for big money is rather unlikely. Getting a player of that age as a regular player doesn’t quite fit Freiburg’s concept. The feel-good factor for everyone involved is similar to that of Grifo and Schmid (2019, for four million euros from FC Augsburg) and with it the hope of sporting success.

Ginter is likely to be one of the top earners or even the top earner of the team. That can make a difference, even in the cabin. Soccer pros always talk about money, and Freiburg is no exception. And Ginter will not be able to refer to past merits so easily: since he left eight years ago, only Schmid, Christian Günter and Chico Höfler have been there.

BVB: For more Bynoe-Gittens at Dortmund!

Marco Rose had not yet dared to play the cracker in the Allianz Arena, although one or the other had expected Jamie Bynoe-Gittens in Dortmund’s starting eleven. Rose decided against the 17-year-old and for Reinier – and was once again bitterly disappointed by the Brazilian. Just like last weekend from his entire team in the next bad home game against Bochum. One of the few bright spots: Jamie Bynoe-Gittens.

“He shows a few things that we lack, that we don’t even have in our squad,” Dortmund’s coach said after the game about his youngster. On the one hand, that doesn’t exactly speak for the squad structure, when planning for this season the loss of the best dribbler Jadon Sancho was apparently not correctly estimated or other players – like Reinier – were overestimated.

On the other hand, it also speaks for the carefreeness of the talent and that he wants and can use the opportunity for permanent deployment times. In any case, Bynoe-Gittens is not suspected of having much to do with the pretty messed-up season of the professionals and you can tell that from him. The Englishman is a splash of color in a dreary final phase of the season and should be given confidence in the last few games, if only in view of the new season and because the fans are craving fresh, motivated players.