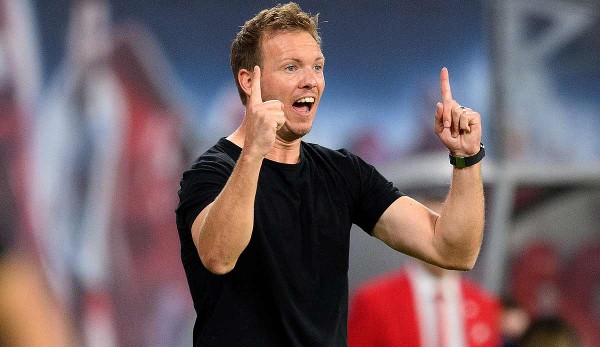 Bayern coach Julian Nagelsmann revealed how he found out about Manuel Neuer’s injury. Sports director Hasan Salihamidzic puts a stop to further winter transfers – and is annoyed with referee Daniel Siebert. And Max Eberl explains that he would have rejected an offer from FCB. Current news and rumors about the record champion.

FC Bayern, News: This is how Nagelsmann found out about Neuer’s failure

Bayern coach Julian Nagelsmann has opposite ran revealed how he found out about Manuel Neuer’s skiing accident. “I actually first got a WhatsApp from Brazzo that Manu was seriously injured. At first I thought it was a bad joke,” said the 35-year-old on Friday evening. “After that we spoke on the phone and found out.”

He was extremely sorry for the injury, “because of course he would have liked to help the team. A support breaks away with him,” revealed Nagelsmann. Bayern got Yann Sommer from Borussia Mönchengladbach as a replacement: “Yann has to replace this support now, also in terms of coaching. He speaks German, he knows the Bundesliga, our players. He has a lot of what we want to see, also in Gladbach shown.”

What happens when Neuer is fit again? “Manu is our captain, our number 1. We are now making sure that he gets well, we give him the time to get well,” said Nagelsmann DAZN: “Basically, I’m assuming that Manu will come back as normal. It’s a serious injury, but Manu has shown several times in his career what good healing flesh he has.”

Sports director Hasan Salihamidzic from FC Bayern Munich revealed after the 1-1 draw in Leipzig how the winter transfer phase will continue for the record champions. The German-Bosnian said about further transfer activities until the end of January: “They are completed.” The Munich team will therefore not sign any more players in the winter.

After the injuries to Manuel Neuer and Lucas Hernández, Yann Sommer and Daley Blind came.

According to his own statement, the managing director of RB Leipzig, Max Eberl, would have chosen RB Leipzig even if FC Bayern Munich had made an offer: “In fact, I would have chosen Leipzig too. Bayern Munich is a great club. But they are with Brazzo [Hasan Salihamidzic; Anm. d. Red.] and with Oli [Kahn; Anm. d. Red.] simply fantastically positioned,” said the 49-year-old in an interview ran.

FC Bayern, News: This is how Yann Sommer’s debut went

When Yann Sommer made his debut for FC Bayern Munich, the Swiss was not yet granted a win. “Very good,” Julian Nagelsmann replied Sat 1 when asked how he rated his newcomer’s performance in goal: “Brave, intercepted three or four crosses and played well with the ball. Didn’t seem like he was making the first game for us.” Sommer, on the other hand, was a little more critical of himself and his performance in the 1-1 draw against Leipzig.

“It’s clear that not everything has worked one hundred percent,” said the former Gladbacher: “I don’t know the team yet, they don’t know me. The processes haven’t been coordinated yet, especially in the build-up.” Summer had hit a ball two or three times there. “You could tell that it was his first game for Bayern,” said Müller: “But that’s also legitimate, he’ll grow well into this role.”

The Swiss have fitted in very well. “He’s a familiar face,” said the Munich vice-captain: “We’ve had the opportunity to get to know him a few times, even in an unpleasant way.” There was also praise from Hasan Salihamidzic: “It was a good start for him.”

Hasan Salihamidzic attacked referee Daniel Siebert after Bayern Munich’s 1-1 draw in the Bundesliga at RB Leipzig. Joshua Kimmich fell before Marcel Halstenberg equalized. That was a “clear foul”, as the sports director explained.

“It was a clear foul, I can’t say more about it. We can’t complain about the referee’s performance, even if he didn’t have his best day. It’s more our fault that we didn’t win,” emphasized Salihamidzic.

Kimmich himself saw the situation differently when the goal was conceded to make it 1-1. “Without my mistake we win,” he analyzed DAZN: “I just have to beat the ball out, then the scene is deleted.” Whether the supposed pull that Salihamidzic had identified in Leipzig’s André Silva was a foul, he answered briefly and concisely: “Nope!”

“There is contact, I can’t deny that. But overall it’s not a foul for me. A little contact must be allowed in a top Bundesliga game. It was a generous line today and therefore not a foul for me overall,” explained Siebert after the game. For Bayern coach Julian Nagelsmann, the decision was okay: “I don’t see any illegal goals there. That’s okay.”