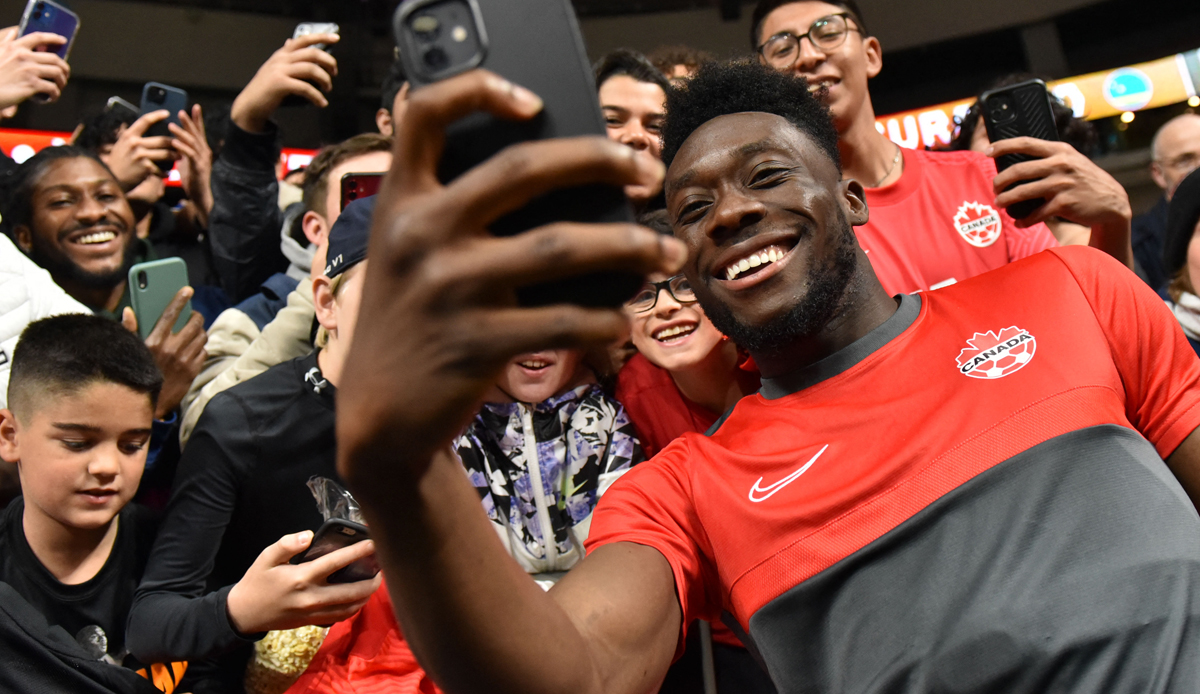 Bayern star Alphonso Davies has put together his dream team of five for the Bundesliga social media channels. Also present: Davies himself. However, the 21-year-old made a funny faux pas.

Davies was presented with various national flags in an Instagram video. He put together his five-man dream team from the five countries, consisting of a goalkeeper, a defender, two midfielders and an attacker.

Then it got strange: Davies confused the Iraqi flag with that of Egypt. Both national flags have red, white and black stripes, but with different lettering in the middle. From “Egypt” Mo Salah made it into the storm of Davies’ dream team.

The rest of the five-man team consisted of another Spaniard – goalkeeper David de Gea – and finally a Canadian. Sure thing: Davies naturally chose himself for defense with a big grin.

And this is what Bayern star Davies’ entire five-man dream team looks like: