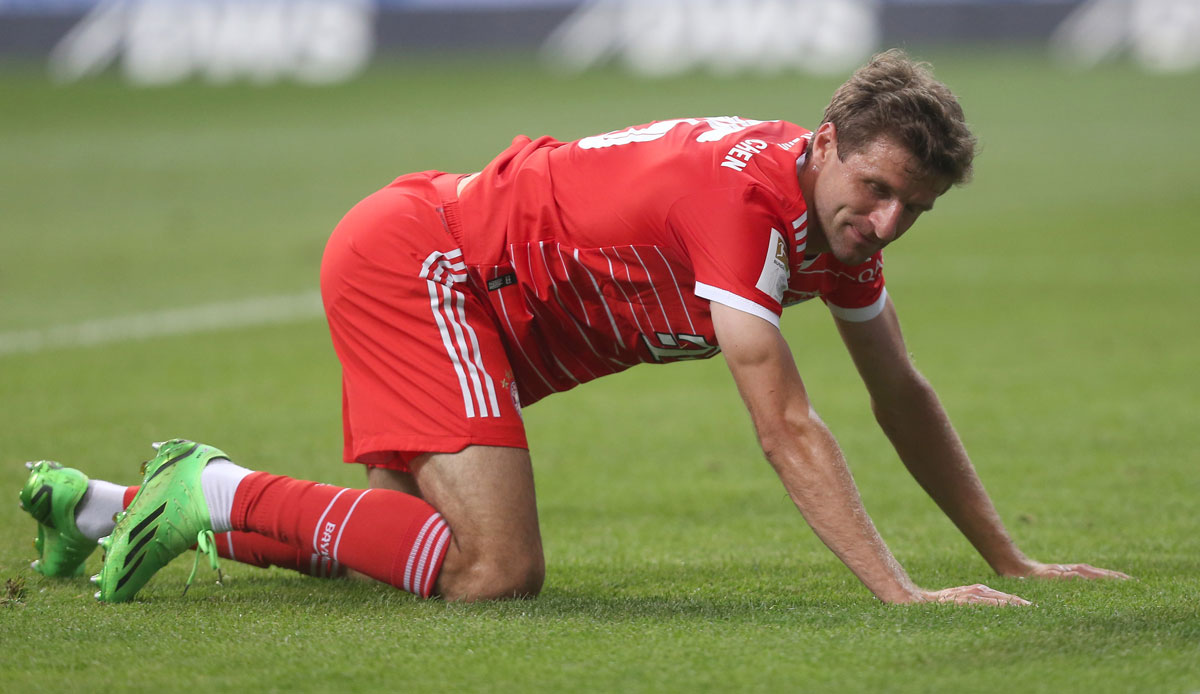 In FC Bayern Munich’s 6-1 win against Eintracht Frankfurt, Thomas Müller missed a goal that he thought was safe. After the game, the international explained the slapstick insert.

“That’s why we’re mainly on the pitch. In the situation where we’re running at goal with Serge two against one, I actually saw something coming,” Müller explained his reasoning over the microphone Sat 1 “Serge had a lot of time to think. Unfortunately, the pass was a bit too short for him. I had to wait for the ball until Kostic scrambled past.”

The 32-year-old failed to take the chance to make it 3-0 in the 24th minute after getting Gnabry’s inaccurate pass in the back and putting the ball on the post as it fell. The ball bounced back, but even laying it didn’t work with the hit.

“This scene is probably already circulating on the Internet,” said Müller and should be right. Even FC Bayern’s official Twitter account wrote shortly after the scene: “That can’t be true.” One user wrote about the “non-goal of the decade”, another recalled Frank Mill’s legendary miss in 1986.

“It would have been nice if I’d sunk the rebound with my head, but you have to get over it, shake off and keep going,” said Müller, pleased with his team’s good performance: “The rest of the first half was pretty cool.”