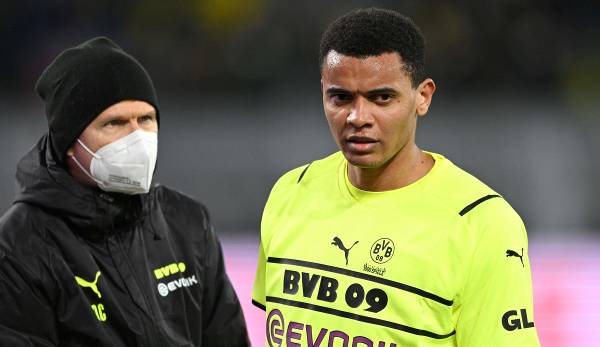 According to his own statement, Thomas Meunier was about to switch from Borussia Dortmund to FC Barcelona in the winter. BVB defender Manuel Akanji got into a fight with a bullying fan after the defeat against RB Leipzig. You can find all the news and rumors about BVB here.

“It could have been,” Meunier told the newspaper Het Laatste Nieuws. Barca were therefore looking for a physically robust right-back at an acceptable price. “I’ve fulfilled that profile. I’ve proven that this season, too,” Meunier said, reporting being contacted by Jordi Cruyff, who works as an adviser to Barca’s management. “I was surprised when Cruyff called me. He explained the plan to me.”

Barcelona were therefore thinking of a loan plus option to buy or a firm commitment. “Dortmund are already a big club, but Barca… – that’s unique,” said Meunier, who was puzzled by the request. However, those responsible in Dortmund put a stop to a departure, as the black and yellow lacked the time to look for an adequate replacement just under a week before the transfer window closed.

“Maybe Dortmund would have said yes if it had been a €50m offer, but that was unrealistic,” said Meunier, who doesn’t blame his club. “Then you can’t scream: ‘You bastards, why don’t I let myself go?'” He sees FC Barcelona’s offer as an appreciation for his performance in the BVB jersey. “Besides, I never intended to leave Dortmund now. I like it here,” emphasized the 30-year-old.

Meunier moved from Paris Saint-Germain to Dortmund on a free transfer in 2020. His contract runs until 2024. The Belgian has made 26 competitive appearances this season (two goals, five assists). A tendon tear is currently putting him out of action.

Defender Manuel Akanji was insulted by a supporter during an interview after Dortmund lost 4-1 to RB Leipzig. The Swiss countered the bullying.

“What the hell is this? What are you going to the stadium for when you insult us like that?” Akanji called out to the spectators in the grandstand. “Any criticism of our performance is absolutely fine, but when you come up with other things, then I don’t understand it. I don’t understand why you come here and badmouth the players. I understand when you’re angry. But sometimes I wish it was more support.”

BVB grades: Haaland not up to par

“I know there’s a bang when I say that: It’s a victory for effectiveness and the exploitation of chances. You don’t have to pretend that 1: 4 was played against the wall,” said the BVB defender Hummels at sky. “Leipzig went into half-time with nothing, 2-0. I know people are banging on Twitter, but that’s a realistic assessment.”

You can read the detailed report here.