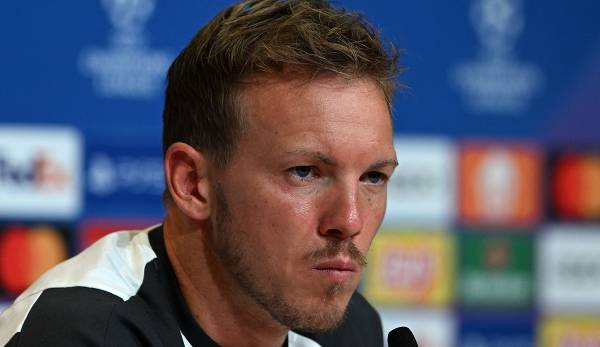 Bayern are now four games in a row without a win, Bayern is seething. Coach Julian Nagelsmann is said to be asking some players to report. At the same time, there is also criticism of the 35-year-old from the team. Here you can find all the news and rumors about FC Bayern.

FC Bayern: Is it still true between Nagelsmann and the team?

Bayern are now waiting four games in the league for a win, the last time that happened was in the 2001/02 season when the record champions only finished third behind Borussia Dortmund and Bayer Leverkusen. This year, after three draws and the disappointing 1-0 defeat in Augsburg, there seems to be a lot of fire under the roof.

As sports1 reports, coach Julian Nagelsmann wants to have a few more talks after the departure on Sunday before the national players say goodbye to their national teams after visiting the Oktoberfest together. Above all, Nagelsmann should be annoyed by the usury of chances and numerous “actions that were not played to the end” in front of the penalty area.

In addition, after the Champions League exit in Villarreal, Nagelsmann made concessions to the team in training and tactics and the team is now obliged to deliver.

Instead, after the 2-2 draw, Nagelsmann publicly criticized the team for exploiting their chances and also named names. That was probably not well received by the Bayern players picture referred to it as “cabin bubbling”.

The Bayern stars criticize Nagelsmann’s lack of self-criticism – and not much will have changed after the game against Augsburg, even if the coach avoided publicly pillorying individual players this time.

His statements about the striker situation at Bayern made headlines. All statements are here.

There is also a lot of criticism for Bayern from outside, especially from ex-national player Dietmar Hamann, who stated that “the alarm bells are ringing.” The 49 year old sky-Expert thinks it’s “too easy [sei]to hurt Bayern”, also because the duel leadership of Munich has a lot of room for improvement.

“Bayern play a bit disembodied and play around where it doesn’t hurt. But nobody goes into the area where it hurts,” said Hamann.

Hamann also addressed the problem in the storm, about which Nagelsmann spoke visibly annoyed at his press conference after the game in Augsburg. “When Lewandowski was still there, everyone knew what they had to do. They have now brought in a world star with Mané, who is a foreign body in the game. They have brought in people who have a claim and at the moment that’s for I don’t have a team. I think they have a problem inside the dressing room in terms of hierarchy.”