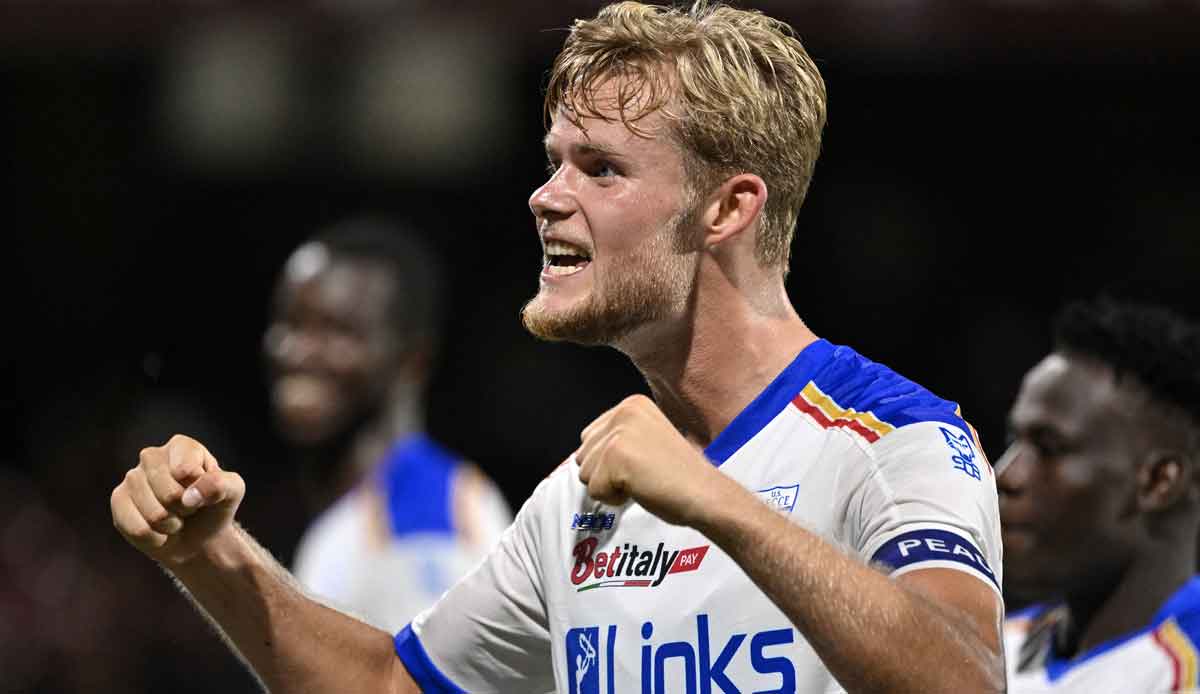 US Lecce’s Morten Hjulmand has apparently attracted interest from Borussia Dortmund and Eintracht Frankfurt. As the Gazzetta dello Sport reported, the two Bundesliga clubs are hot for the 23-year-old.

Sticking point: According to the report, Lecce expects a transfer fee of around 20 million euros for his midfielder, which could be too expensive, especially for Eintracht. Hjulmand’s contract with the Serie A club runs until 2024.

The Dane is one of the absolute top performers at Lecce and leads the team onto the field as captain. He is seen as a true worker and leader, attributes that some clubs have called to the fore.

Hjulmand joined Lecce from Admira Wacker in January 2021 and helped the club climb to Serie A last season with three goals and seven assists.