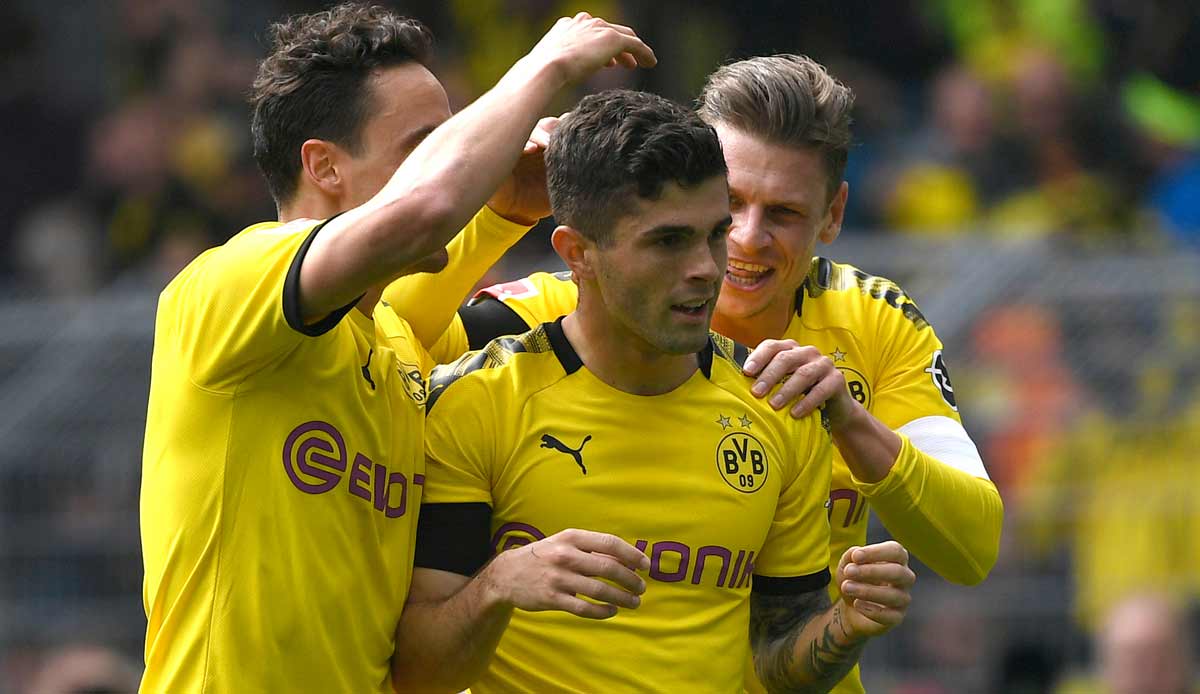 Borussia Dortmund is said to be among the clubs that are following Christian Pulisic’s situation at Chelsea with interest. the mark writes that BVB “kept an eye” on its former attacker and that a return to the Bundesliga was “a possible option”.

Pulisic switched from Borussia Dortmund to Stamford Bridge in 2019 for a fee of 64 million euros. There he is currently considered dissatisfied with his playing times, after all he did not have a regular place under coach Thomas Tuchel in the past season.

A few weeks ago he said of the US national team: “Of course I want more appearances. I want to play as often as possible and be as fit as I can be. In the end I think I’ve played a lot of games, but it can definitely get better.”

Among other things, the offensive winger is about finding “the best position” at his club. Pulisic’s father Mark became a little clearer a few months ago when he wrote in a social media post that his son Christian was “sad” because he wasn’t allowed to walk around regularly.

This, of course, fuels the rumors of transfers. the tuttosport writes that Pulisic is also a candidate for Juventus. Accordingly, Chelsea want to include the 23-year-old in a deal to sign Bianconeri star Matthijs de Ligt. Speculations about an interest from Turin are not new, because a few weeks ago they wrote Daily Mailin addition to AC Milan, Juve is also interested in Pulisic.

A serious interest from BVB would come as a surprise. After all, the black and yellow lost Erling Haaland to Manchester City, but signed Karim Adeyemi (Red Bull Salzburg). In addition, the transfer of Ajax clipper Sebastien Haller is imminent.

According to current reports, selling some expensive players is currently more of a priority for Dortmund.

Pulisic won the Champions League and the Club World Cup in his three years at Chelsea. Last season he made 38 appearances, scoring eight goals and providing five assists.

He previously played for BVB for four years and made his breakthrough there as a professional. His greatest success at that time was winning the DFB Cup in 2017.