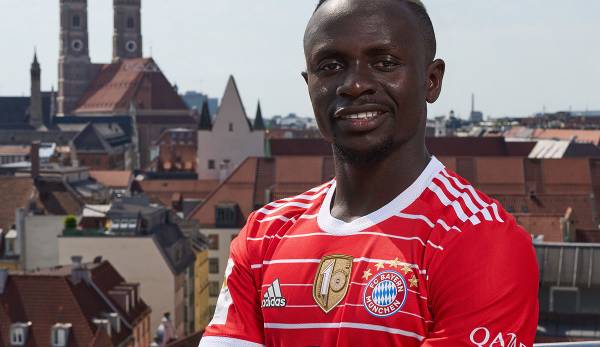 Sadio Mane’s (30) move from Liverpool to Bayern Munich is official. The German record champions confirmed this on Wednesday.

The Senegalese has signed a contract with Munich until 2025. In return, around 32 million euros are said to be moving to Liverpool as a fixed transfer fee. This could increase to up to 41 million euros through bonus payments.

“Sadio Mane is a world star who underlines FC Bayern’s appeal and increases the attractiveness of the entire Bundesliga,” said Bayern President Herbert Hainer. “The fans come to the stadiums for such unique footballers. It’s great that our board of directors, led by Oliver Kahn and Hasan Salihamidzic, were able to sign a player like Sadio Mane for FC Bayern.”

Kahn, on the other hand, is quoted in a statement: “We are happy that we were able to win Sadio Mané for FC Bayern. Thanks to his outstanding performance and his great successes at the top international level, he has been a player for many years as only you can few in the world. We are confident that Sadio Mané will bring joy to our fans for years to come with his spectacular style of play. He is ambitious and eager to win more titles. This package is very, very strong. With All big goals are possible for players like him at FC Bayern.”

FC Bayern: Sadio Mane “very happy to be in Munich”

“I’m very happy to finally be with FC Bayern in Munich. We’ve had a lot of talks and I felt the great interest of this big club from the start. So there was no doubt for me right from the start: This is him right time for this challenge,” explained Mane. “I want to achieve a lot with this club, also internationally. I watched a lot of FC Bayern games during my time in Salzburg – I really like this club!”

Mane scored 23 goals in 51 appearances for the Reds last season. He prepared five more goals. His contract with the Premier League club would have run until June 2023.

Sadio Mane: performance data in the past season