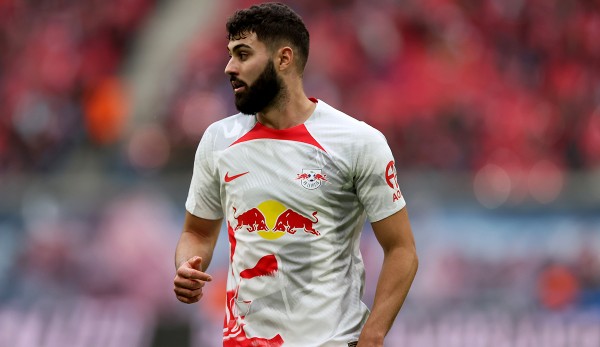 The transfer window in Germany is open until January 31. So there is still enough time for the clubs to strengthen themselves. SPOX looks at the top rumors of the current winter in the top German division.

Not included in this series are the transfer activities of FC Bayern Munich and Borussia Dortmund. We have dealt with both clubs in separate rumor collections.

The young defender is on the list for several top European clubs. Paris Saint-Germain, FC Barcelona, ​​Real Madrid and Manchester City – they should all deal with the 20-year-old.

A departure from Leipzig in winter is still unlikely. On the one hand, Gvardiol himself emphasized that he only wanted to deal with his future next summer, on the other hand, the Saxons issued a ban on switching.

“I am in contact with his agency, there are very transparent discussions. Our position is very clear. He will definitely not leave us in winter,” said the new sporting director of RB Leipzig Max Eberl. “We are definitely planning with Josko for the next year and a half.” The Croatian’s contract runs until 2027.

The high-flyer of the current Bundesliga season was only recently allowed to travel with France to the World Cup in Qatar and also knew how to convince there with a few joker appearances. So it’s no wonder that it arouses desires.

In addition to FC Bayern Munich, which according to information from sky but would rather focus on Harry Kane, Manchester United is said to be particularly interested.

At Eintracht Frankfurt, however, they are relaxed and confident that they can keep the striker at SGE for some time. “I’m not worried. The club has already articulated that we don’t want to lose any of our players and top performers. He himself has already positioned himself by saying that he wants to stay with Eintracht – at least until Sommer. When the two sides say that, it gives me a good feeling,” said Eintracht coach Oliver Glasner.

Sports Director Markus Krösche even went one step further and declared Kolo Muani not for sale. When asked if Frankfurt would not become weak even with an offer of 100 million euros for Kolo Muani, Krösche answered in an interview sky determined: “Yes, that’s the way it is! We said clearly that we don’t want to sell any top performers. There’s no reason for that. It will stay that way.”

The French defender’s cards are a little worse for the SGE. His contract only runs until next summer. There are also some European heavyweights in the draw, including Juventus, FC Barcelona and AC Milan.

how sports1 reported, but successively waved the last traded clubs off and refrained from a transfer. According to the report, the 23-year-old’s advisor is demanding a total package of 50 million euros for his client. This includes: A five-year contract with an annual salary of seven million euros plus a bonus of 15 million euros.

After Sebastian Polter’s injury, FC Schalke 04 had to upgrade to the forward position. The Royal Blues have their eye on Skarke. “We haven’t ticked off Tim Skarke’s transfer yet, but it’s not up to us alone. We’re keeping our eyes and ears open,” said S04 sporting director Peter Knäbel.

“In my opinion, a second striker can join the team even later than, for example, a defensive player. The more offensive the position, the greater the individuality on the pitch,” Knäbel continued. Several media recently reported that Union was very reluctant to give up the attacker.

The keeper would only be an issue if Yann Sommer left Bayern. There is currently not much to say for a summer exit in winter, but if Bayern were to increase their offer again, Gladbach would probably become weak.

Then Omlin would be Gladbach’s preferred candidate. The 28-year-old would picture reportedly cost around seven million euros. He is under contract with his current club until 2024.

The top clubs from Europe are also lining up for the Gladbach striker. FC Bayern recently refrained from making a commitment, but FC Barcelona, ​​FC Chelsea, Manchester United and Newcastle United are also said to be interested.

However, the Gladbachers would not collect a transfer fee, after all, Thuram’s contract expires next summer. A contract extension does not currently appear in sight, a change in the next transfer window at the latest is likely.

Gladbach’s negotiating position is more comfortable with the midfielder. Koné’s working paper is dated June 2025, so Borussia have no pressure at all to have to sell him.

Nevertheless, there are some interested clubs, above all Liverpool FC, Chelsea FC, Newcastle United and Paris Saint-Germain would like to welcome Koné in their own ranks.

The midfielder made his debut in Ligue 1 as an 18-year-old, and in 2021 Gladbach put nine million euros on the table. The French U21 international established himself as a top performer at Borussia straight away, and he has played in 14 of 15 Bundesliga games so far this season.

The SV Werder Bremen striker recently drew attention to himself with a change of advisor. Does anyone want to prepare for a change of club? Füllkrug is not “currently” thinking about leaving Bremen, but he has not explicitly denied a transfer to another club.

“Until, of course, something concrete is on the table and Werder might say: That would also be attractive for us,” said the attacker table football: “Then we have to talk about it. You can never rule that out one hundred percent.”

“I don’t want to hope so, but if things go really badly, on the last day of the transfer period you’ll be forced to think about whether something’s going to work somewhere,” coach Ole Werner wants to prepare for in any case. According to various media reports, top clubs from Germany, England and Italy are showing concrete interest.

There are said to be clubs from the Premier League that are vying for the services of the offensive player. In order to be able to think about his future, TSG Hoffenheim recently released the Frenchman from training.

“Georgi is confronted with a big issue that is keeping him very busy,” said Hoffenheim’s director of professional football Alexander Rosen at the training camp in Albufeira: “From our side, this is about dealing with a young person responsibly and so we decided that he shouldn’t be training fully with the team at the moment.”

Rutter made 17 appearances for Hoffenheim this season, scoring two goals. His contract in Hoffenheim runs until 2027, so TSG would collect a transfer fee in the event of a transfer.

With VfB Stuttgart and Bayer 04 Leverkusen, two Bundesliga clubs are dealing with the 31-year-old. The ex-Leipzig player hardly gets a chance at SSC Naples, so the player would like to leave the club.

“Of course he wants to play more. With all due respect to Napoli, if he could play more he would be happy,” adviser Marco Busiello started the rumors on Italian radio. The extent to which VfB in particular could afford the midfielder seems questionable.

It would also be possible to sit out his contract, which runs until the end of June 2023, and look for a new employer in the summer.

According to the English media, the 23-year-old is Newcastle United’s dream player. The Magpies are apparently already preparing an official offer, but there is no confirmation on this yet.

Diaby is contractually tied to Bayer Leverkusen until the summer of 2025, so a transfer should be expensive for Newcastle. Despite poor team performance, the Frenchman is having a good season again and was directly involved in 12 goals in 25 games.

Atletico Madrid are said to be interested in the Stuttgarter, like that picture reported. The Greek seems to score with Atletico coach Diego Simeone with his aggressive style of play and standard quality with two goals of the season.

Stuttgart will probably be reluctant to let the defender go on the other side. He was only signed by Arsenal FC last summer. The Greek’s contract therefore runs until 2025.

On the player side, however, one is open to a change of club. Something could happen even in winter. “I don’t know about the interest of other clubs. My head is only in Stuttgart,” the Greek told dem table football.