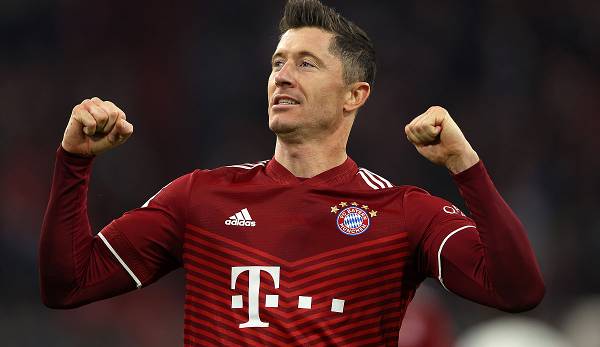 According to the Spanish newspaper Sports Robert Lewandowski is said to have decided to move to FC Barcelona. Is a transfer really imminent? SPOX and GOAL say how things are currently between Lewandowski and FC Bayern.

Robert Lewandowski and the contract poker with FC Bayern – this story has now been enriched by another episode.

As the Sports reported, the striker is said to have decided to move to FC Barcelona in the summer. Lewandowski is looking for a new challenge after eight years with the record champions.

He sees a better chance of finally being able to win the Ballon d’Or with the Catalans. In 2020, a year that was outstanding for him personally, in which he scored Bayern’s goals for the treble, the election was canceled. In 2021, the award went to Lionel Messi.

According to the newspaper, Barça are ready to hand the 33-year-old a four-year contract until 2026. Accordingly, the club hopes to be able to free the Poles from FC Bayern for a fee of 50 to 60 million euros.

According to information from SPOX and GOAL everything is still open with regard to Lewandowski’s future and nothing has been decided yet. The Pole is still under contract with FC Bayern until 2023, the bosses around the CEO Oliver Kahn want to extend him.

“We have always said that we will sit down and that is a high priority for us,” said Kahn recently ZDF. Only: According to information from SPOX and GOAL, there have still been no talks between Pini Zahavi, Lewandowski’s advisor, and the people of Munich themselves.

A sticking point: the salary. Lewandowski is one of the absolute top earners at Bayern and should have a salary of around 25 million euros including bonuses.

“We have to make sure that our quality in the team and the economic component match. We still have a pandemic and not a full stadium,” said sporting director Hasan Salihamidzic. “It’s a difficult period financially, but we’re trying to find our way.”

This should be discussed with Lewandowski in the coming weeks.

Lewandowski: Can Barca even afford the striker?

Should they actually part ways after eight years together, a move to FC Barcelona – at least this summer – seems difficult to imagine.

The Catalan club has an enormous debt burden, has allegedly accumulated more than one billion euros in liabilities and is actually doomed to save due to the salary cap in the league.

“We will not make any transfers that endanger the club,” President Joan Laporta promised the members in an interview Mundo Deportivo.

It seems unrealistic that Barca can put together a multi-million dollar fee and salary package for Lewandowski.