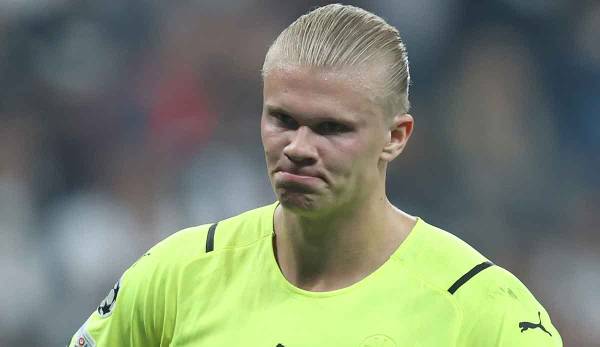 The 40-strong list of candidates for the Golden Boy award includes two Borussia Dortmund players, Jude Bellingham and Giovanni Reyna. The Gibraltar international Reece Styche has accused Erling Haaland of arrogance. Here you can find news and rumors about BVB.

You can find the reports about BVB from the previous day here.

After initially 80 nominees, the selection has now been reduced to 40. Among others, Dortmund’s Youssoufa Moukoko and Reinier were canceled. Last year their teammate Erling Haaland prevailed.

In addition to Bellingham and Reyna, Ilaix Moriba, Josko Gvardiol and Brian Brobbey (all from RB Leipzig), Florian Wirtz and Odilon Kossounou (both from Bayer Leverkusen) and Jamal Musiala from FC Bayern Munich are also from the Bundesliga.

The Gibraltar international Reece Styche has accused Borussia Dortmund striker Erling Haaland of arrogance. He refused to swap jerseys in a World Cup qualifier between Gibraltar and Norway.

Like Styche the Sun reported Gibraltar captain to have asked captain Roy Chipolina about Haaland’s jersey during an international match in March. “Haaland hadn’t scored, however, had been replaced after an hour and was probably not in the mood,” reported Styche. “After both of them gave their TV interviews, Roy asked, ‘My little boy is a huge fan of yours, would you swap your shirt with me?’ ‘Haaland just looked at him, laughed and walked away.”

According to Styche, the media hype about his person “went to his head” for Haaland: “He can buy a lot of things, but class is not one of them.” Because of these incidents, all Gibraltar players would have waived a shirt swap with Haaland in the second leg in the past international break. In the 1: 5 defeat, the BVB striker scored a three-pack.

BVB: Rain of money for Borussia Dortmund through capital increase

Borussia Dortmund has decided on a capital increase. The GmbH & Co. KGaA is issuing almost 18.4 million new shares at a price of EUR 4.70 per security in order to compensate for the considerable decrease due to the corona pandemic. Gross proceeds of around EUR 86.5 million are expected.

You can find detailed news here.

BVB: The timetable for the coming weeks