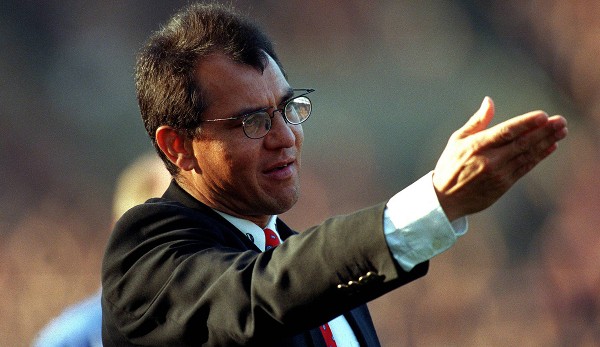 Felix Magath and HSV made Bundesliga history in 1996 when there were two goalkeepers on the field against Rostock and Richard Golz played as a striker.

Holger Hiemann doesn’t have much time on that Wednesday in April 1996 in the Ostseestadion in Rostock. The substitute keeper of Hamburger SV is supposed to spend a relaxed evening on the bench against Hansa, but things suddenly get hectic in the 80th minute: take off your training jacket, a few last words from coach Felix Magath – a substitution!

But what happened? Goalkeeper Richard Golz is doing well – apart from goals conceded by Jonathan Akpoborie and Stefan Beinlich – and is not injured either. Or is it because HSV has been outnumbered for 30 minutes after Carsten Kober was sent off after two fouls within a minute with yellow and red?

No, not that either. The 24,900 spectators looked all the more astonished when it was not Golz’s number 1 that lighted up on the scoreboard, but the number of Daniel Stendel – youngster at Hamburg and current coach in Hanover, for whom his only fourth Bundesliga game was over. Now the question arises: a goalkeeper for a striker? And what about Golz?

The answer is simple and crazy at the same time: Golz puts on a field player jersey, the name is provisionally pasted over and Magath simply orders his goalkeeper to attack when the score is 0:2, Hiemann moves between the posts. But why this unusual and unique step that made Bundesliga history?

HSV are running out of players against Rostock

“We don’t have any strikers and the DFB hasn’t allowed any more amateurs,” Magath explained his move after he had previously substituted Dirk Wojewsky, who is playing his only competitive game for HSV at the Ostseestadion – regular offensive players like André Breitenreiter and Valdas Ivanauskas and Uwe Jähnig are all unavailable.

And so the two-meter giant Golz, alongside Jörg ‘Ali’ Albertz and Karsten Bäron, should ensure the offensive change after the only 19-year-old Hasan Salihamidzic is no longer on the field. After all, HSV is at stake in a direct duel with Rostock for a place in the European Cup.

“It was strange, but not entirely spontaneous,” Golz recalled some time later NDR. “Magath had previously announced that it could happen because we ran out of alternatives. I played ten minutes as a striker and still had two chances in the quarter. Had I scored, my number would have gone down in the annals of the Bundesliga.”

In the end, HSV not only lost the game 2-0, but also the European Cup spot. But the happy ending followed on the last day of the game, when Hamburg won 4-1 in Frankfurt after braces from Bäron and Salihamidzic and, after Rostock’s 0-1 lead by Steffen Baumgart against 1. FC Köln, got past their direct competitor at the last moment slide to the UEFA Cup place.