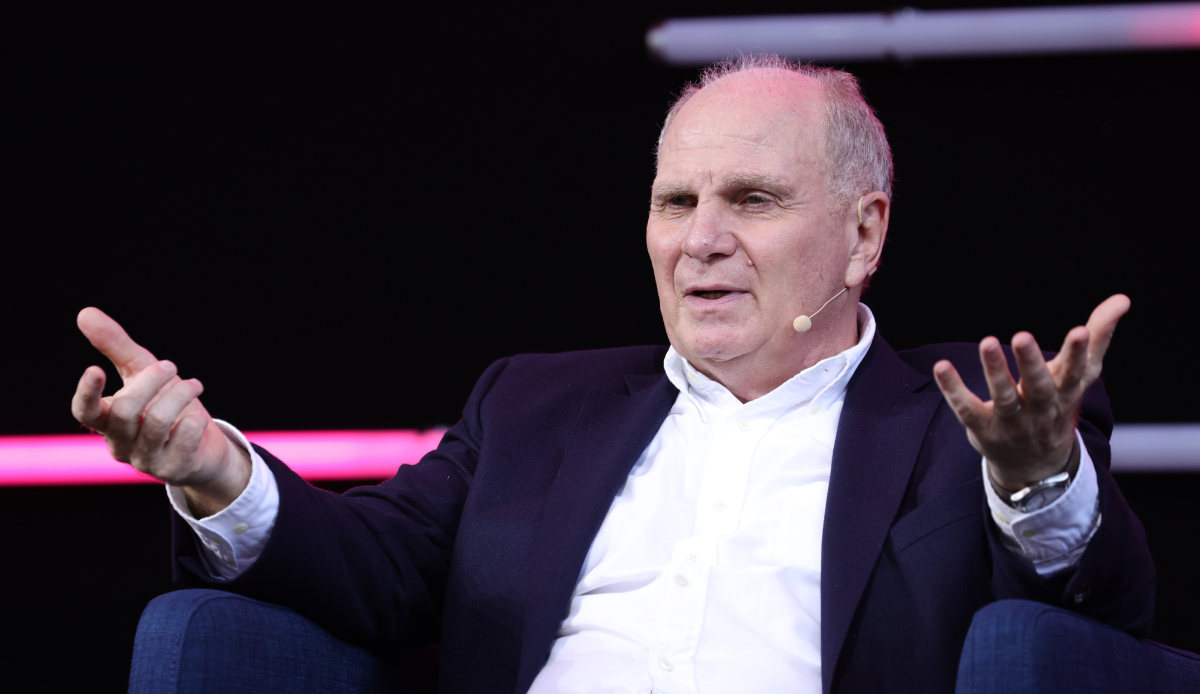 Uli Hoeneß is a guest in the Doppelpass from today sports1. As a member of the supervisory board, the former manager and president of FC Bayern Munich will probably provide further insights into the eventful transfer phase.

This article is continuously updated: Click here to refresh the page.

In line with the restart of the Bundesliga, Bayern Munich’s Honorary President Uli Hoeneß will answer the questions of the one-two round sports1.

FC Bayern Munich: Uli Hoeneß in a one-two now in the live ticker

“He knows that Manuel made a mistake. Anything can happen in life. It’s an accident. But you shouldn’t forget what he did for Bayern Munich.” Regarding the criticism of Neuer from various newspapers, he said: “There will be no banging at FC Bayern. I find that impossible. As soon as one problem has been solved, an attempt is made to find another one. For the goals that FC Bayern have, he needs Quiet.”

“I find it strange that the problems of June are discussed in January. It was necessary to find the best solution for the next six months. Yann Sommer is the optimal solution. Everything else with Nübel and Ulreich will come up in June when “You know more about Manuel. Bayern are happy to have a goalkeeper in Sommer who is now solving the problems. I would urge patience.”

“What Eintracht absolutely needs to address is their spectator problem. They have a lot of people who are very aggressive. It can’t be that at some point they have more penalties than income. If they don’t stop that, they’ll have a problem. There is a lot has happened in the last few years.”

“A year or two ago, when Hansi Flick was still a coach, we thought about bringing him back. It somehow didn’t work out. He showed in Eindhoven and Frankfurt that he hadn’t forgotten much. There’s nothing to discuss, that he is an outstanding footballer.”

“Eintracht Frankfurt is the club that has made the most progress in the last 12-18 months. Something has happened there that you have to take very seriously. The whole leadership around Hellmann seems to be good for the club. They talk a lot, but implement it too. You have to have them on the list when you talk about football in the next few years.”

“It’s 100 percent certain that Bayern will become German champions. I don’t care about anything that comes after that.”

Hoeneß about the DFB team

“The bad performance of the German national team has not done German football any good. In the medium term it is extremely important that the team leads the way.” The clubs could only partially compensate for this by doing well at international level. In addition, the former Bayern maker Rudi Völler praises the new strong man at the DFB. Völler is “definitely” the right choice. “You need someone who knows about football and whose personality is not so easily attacked. When working with Hansi Flick, his opinion is heard. Hansi needs someone to help him when things get difficult.”

Hoeneß could also be asked again about his statements about the situation in Qatar, which he had made before the World Cup.

Yann Sommer’s commitment and the associated discussion about Manuel Neuer’s future role at FC Bayern will probably also be a topic.

Uli Hoeneß is a guest at Doppelpass from 11:00 a.m. today sports1. The talk round is supplemented by

Hello and welcome to the live ticker for the double pass on Sunday, January 22, 2023.