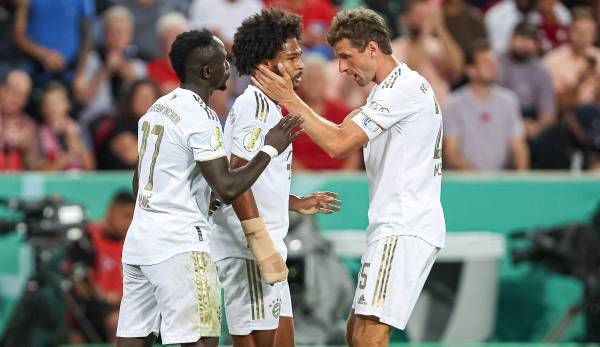 FC Bayern Munich is a guest at Union Berlin this Saturday afternoon. You can follow the top game on matchday 5 of the Bundesliga here in the live ticker.

Top duel in the Bundesliga! With Union Berlin and FC Bayern Munich, two teams that are currently in good form meet today. Here in the live ticker you can find out who can win the duel.

Union Berlin vs. FC Bayern Munich: Bundesliga today in the live ticker – before the start

Before start: Union lineup is also known: Rönnow – Doekhi, Knoche, Jaeckel – Trimmel, R. Khedira, Ryerson, Thorsby, Schäfer – Becker, K. Behrens. Siebatcheu is also not on the bench and will therefore not be used.

Before start: Union Berlin and FC Bayern recorded three wins and one draw in the first four match days of the still young season. Besides Borussia Mönchengladbach, the two teams are the only undefeated teams in the Bundesliga. In the league, Union Berlin won 6-1 against Schalke 04 last weekend, while FC Bayern Munich only drew 1-1 against Borussia Mönchengladbach. However, Julian Nagelsmann’s team was in a goal mood during the 5-0 cup win against Viktoria Köln during the week. Will one of the teams suffer their first defeat of the season today?

Before start: The match on match day 5 of the Bundesliga begins today at 3.30 p.m. in the An der Alten Försterei stadium in Berlin.

Before start: Hello and welcome to the live ticker of the game between FC Bayern Munich and Union Berlin.