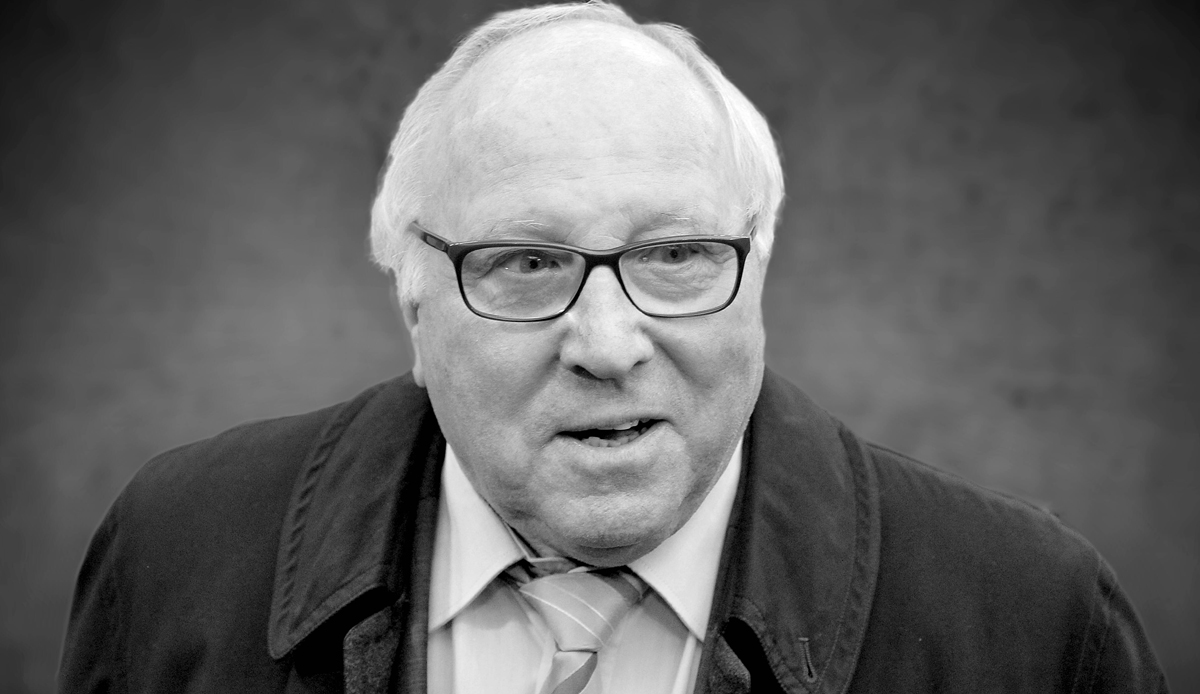 German football mourns one of the greats: Uwe Seeler is dead. The honorary captain of the national team and club legend of Hamburger SV was 85 years old. Here are voices and reactions to Seeler’s death.

Chancellor Olaf Scholz (SPD): “Germany mourns the loss of ‘Us Uwe’. He was a role model for many, a football legend and of course an honorary citizen of Hamburg. On his 80th birthday I was allowed to give the dinner speech: ‘We all want to be like Us Uwe: self-confident and modest.’ He will absence.”

Frank-Walter Steinmeier (Federal President): “With Uwe Seeler we are losing a legend of German football and a unique personality without great airs and graces, at the same time the honest worker on the field and the brilliant goalscorer. We all mourn the honorary captain of the German national soccer team. I am grateful to Uwe Seeler some I have met times and I have fond memories of the encounters and the pleasant conversations – conversations beyond football and HSV.”

Thomas Bach (IOC President): “The news of Uwe Seeler’s death fills me with great sadness. With his footballing achievements, his down-to-earth attitude and his loyalty to the club, he was a great role model for me in my childhood and youth. That’s why my first soccer shoes bore his name. I always have them with a big one Worn proudly, my thoughts are with his wife Ilka and his family.”

Jonas Boldt (Sports Director Hamburger SV): “Uwe Seeler stands for everything that characterizes a good person: down-to-earth, loyalty, joie de vivre, and he was always approachable. He is the epitome of HSV. I personally have a special memory of our get-together on his last birthday. He talked shop, after asked his HSV, gave me tips and a few jokes. We will never forget him and will always cherish him.”

Bernd Neuendorf (DFB President): “In Uwe Seeler we are losing one of the best footballers Germany has ever had. After Fritz Walter, he was the second honorary captain of the DFB, an idol for generations, a real role model. Many of his goals are unforgettable, such as his legendary goal with the back of his head in the Quarter-finals of the 1970 World Cup against England. But Uwe Seeler had an impact far beyond the football field. His down-to-earthness, his modesty and his connection to his hometown of Hamburg distinguished him throughout his life. (…) His death makes us unspeakably sad. Uwe Seeler The DFB and German football as a whole will miss him very much. We will miss Uwe very much.”

Heike Ullrich (DFB General Secretary): “Today is a sad day, not only for German but for world football. Uwe Seeler was one of the great personalities of German and international football. Outstanding as a footballer and as a person. His successes and achievements are extraordinary. The DFB owes him a great deal of thanks Uwe Seeler has always remained closely connected to our association even after his great career – and we to him. (…) His warmth and enthusiasm were contagious. We mourn the loss of an outstanding footballer, a special person. And a good friend. “

Donata Hopfen (Chairwoman of the DFL Management Board): “Uwe Seeler will be remembered as one of the outstanding players in the history of German football. He was not only highly appreciated for his sporting achievements, but also as a great and down-to-earth personality as well as for his pronounced social commitment. Our sympathy is with his family.”

Hans-Joachim Watzke (Head of the Supervisory Board of the German Football League): “Uwe Seeler was an extraordinary footballer, but above all an extraordinary person. Without a doubt, he was one of the best strikers that the Federal Republic of Germany has ever produced. Uwe Seeler was a man who was deeply rooted in his hometown of Hamburg. All of this , coupled with a modesty that was second to none, has made him an idol and a role model for millions of people.”

Hansi Flick (national coach): “Uwe Seeler was a role model for generations of national players. With his down-to-earth, modest and reserved manner, he also inspired people off the pitch and won them over. His name is a symbol of loyalty to the club. He was on the pitch himself at four World Cups Rasen, later he accompanied our national team to tournaments as honorary captain and part of the DFB delegation, for example to South Africa in 2010. We always enjoyed having him around. Uwe Seeler inspired us. All of us in the national team and at the DFB will miss him very much.”

Herbert Hainer (President Bayern Munich): “The death of Uwe Seeler hits the heart of the German football soul. Uwe was a folk hero, there wasn’t a fan in Germany who didn’t adore him. Seeler moved the nation – even beyond the game. FC Bayern is United in sorrow with his family, loved ones and friends.”

Oliver Kahn (CEO of FC Bayern Munich): “Anyone who thinks of German football and its greatest thinks of Uwe Seeler. His death is a painful loss for the whole football family. Seeler stood for honest football, for loyalty and humanity, he was a player with heart and for the heart – we will always remember him as one of the very special people in the sport.”

Gert “Charly” Dörfel (former teammate at HSV): “I mourn Uwe with many others. A good friend went with him. When I switched from the Hamburg police to HSV, I got into a great bunch. It couldn’t have gone better. I’m proud of it. We have had a lot of fun together.”

Lothar Matthäus (record national player): “Uwe Seeler was the first footballer that I consciously noticed. Him and Pele at the 1966 World Cup. Uwe was always a great role model, but not alone on the field. I got to know him as a very, very fine, great person. Always correct, always reliable, with a typical Hamburg spirit. His death is a loss, Uwe will be missed by the entire football family, not just in Germany. My heartfelt condolences to his family and all friends.”

Wolfgang Overath (1974 World Champion): “I called him every three to four weeks. The last time we spoke he was still in a good mood. Uwe was a really nice guy. One of the greats as a footballer and as a person.”

Berti Vogts (1974 World Champion): “Dear God, why? Uwe Seeler was such a fine, kind-hearted person. A great comrade who never thought of himself. My first World Cup was in Mexico in 1970, I was the youngest player in the squad. He helped me straight away, was always there for the others. As a player, it was an experience for me to play against him. The way he protected the ball, the goal instinct he had. It was incredible.”

Felix Magath (European Champion 1980): “It’s a sad day for all of German football, for HSV and above all for me. One of the greatest football idols, who was always a role model both personally and athletically, left us and left a big gap.”

Rudi Völler (World Champion from 1990): “I’m shocked. My thoughts are with his family, to whom I express my deepest condolences. Uwe was a wonderful person, one of the greatest German sporting idols has left us.”

Andrew Brehme (World Champion from 1990): “When I got the message, I cried. I still can’t believe it. I was really close with Uwe. We were on the phone just last week, he was in a good mood, sounded like life was blooming. We we made an appointment, I wanted to visit him in Hamburg soon. A legend has died! I mourn with his Ilka and all his relatives.”