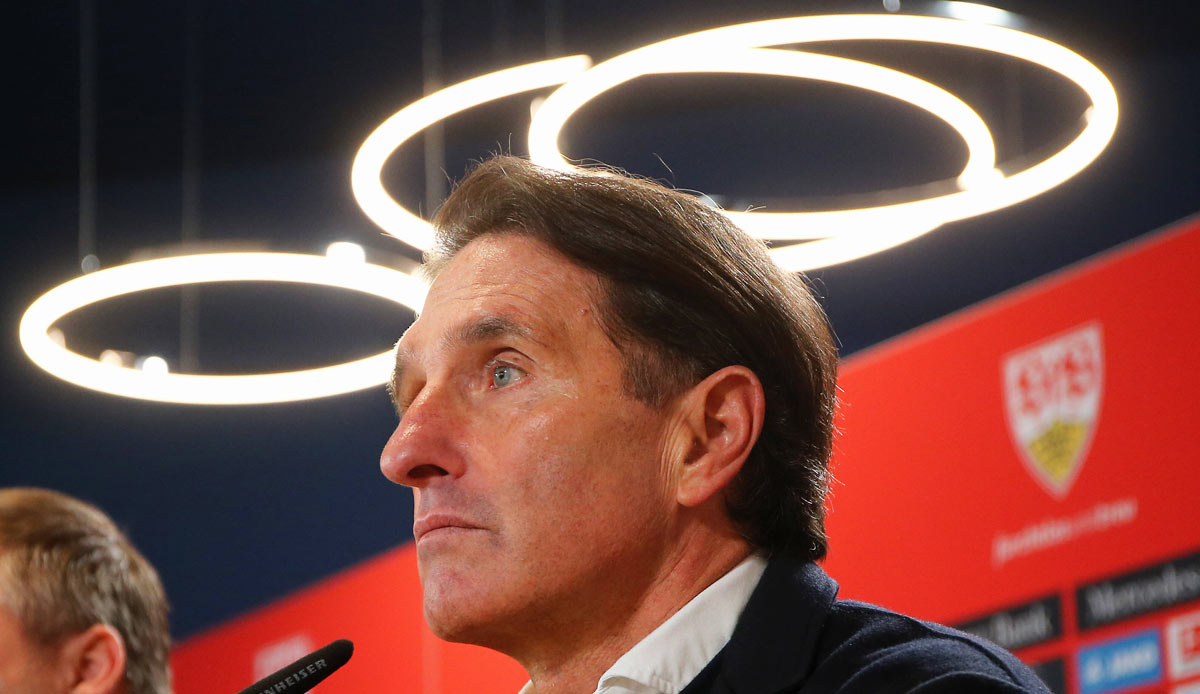 When introducing coach Bruno Labbadia to VfB Stuttgart, the CEO made it clear: relegation would have devastating consequences for the club. The new trainer is aware of the challenge.

Alexander Wehrle didn’t bother with whitewashing, he sounded the alarm. Another relegation, said the chairman of the ailing VfB Stuttgart when introducing the new coach Bruno Labbadia, would endanger the existence of the club.

The situation would be “not comparable to 2019,” he said: “In between there are one and a half Corona years with a loss of 90 million euros. There is also a stadium investment of 130 million. And a descent would mean a loss of 40 million in sales. The situation is serious. “

Fireman Labbadia is aware of this explosiveness. “I’m sitting here because the club isn’t doing well. It’s not the easiest task. But I need a certain thrill and a challenge,” said the 56-year-old, who coached the Swabians from 2010 to 2013.

On Monday, Labbadia led the first training session at table 16, which is in acute danger of relegation. – He then outlined his emergency aid as follows: “We have to get into the heads of the players, tease out their motivation, give the boys a bit more self-confidence.” The motto: “Roll up your sleeves and develop a passion for football.”

Labbadia, who signed a two-and-a-half-year contract until 2025, was already thinking ahead despite all the problems. He said to the pros, “that no one needs a relegation battle. But if you make it, you take a lot with you, then you can take a step forward with the club. But this path will be very rocky”.

In addition to Wehrle, sports director Fabian Wohlgemuth will also set the course in future as Sven Mislintat’s successor. “If we put the pieces of the puzzle together correctly, I am sure that we will cope with the task positively,” said the 43-year-old. However, you shouldn’t “ignore the facts: We’re 16th and haven’t won an away game for almost a year”.

That should change with Labbadia when it starts again on January 21 against Mainz. According to Wehrle, the former Hamburger and Wolfsburg player could “remain in the league. But even after that he’s able to improve a team”.

VfB Stuttgart: The Bundesliga games after the winter break