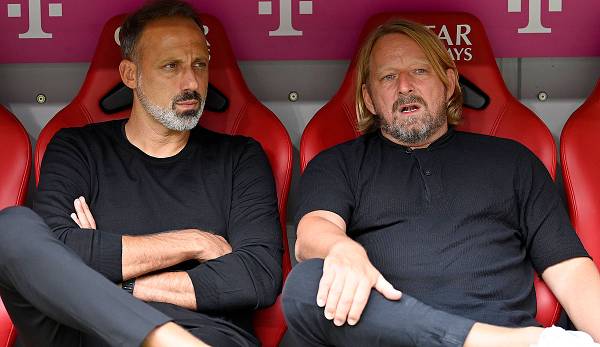 CEO Alexander Wehrle from VfB Stuttgart has admitted mistakes in dealing with Sven Mislintat and offered the sporting director a contract extension.

“In hindsight, it would certainly have been better to involve Mislintat in the involvement of Philipp Lahm, Sami Khedira and Christian Gentner at VfB early on,” said Wehrle, and emphasized: “That has been discussed and settled with Sven.”

Wehrle and Mislintat have agreed to resume talks about further cooperation with the head of sports, whose contract expires at the end of the season, during the World Cup break after matchday 15 “and to conclude them by the end of the year”, according to a Swabian statement . Mislintat “expressed” that he sees the involvement of Lahm, Khedira and Gentner “as an enrichment for VfB,” said Wehrle.

However, the sporting director felt ignored by the decision to bring the trio back. “We would have found it much more expedient to have been involved in the process of signing Christian Gentner from the start,” he said. On January 1st, Gentner will become head of the licensed player department and part of the team led by Mislintat and head of organization Markus Rüdt. Lahm and Khedira are already advising Wehrle on sporting matters.

“We will integrate him into our team as if we had chosen him ourselves,” Mislintat said of Gentner. “We are also pleased about the involvement of Sami Khedira and Philipp Lahm as advisors to the board.”