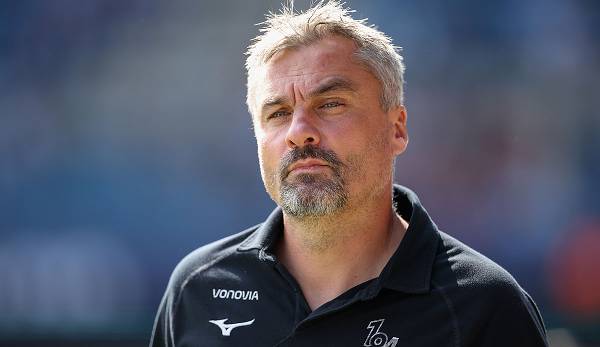 Bundesliga bottom VfL Bochum reacted to the negative record at the start of the season and released coach Thomas Reis. The club announced this on Monday, two days after the 1: 3 in the tram derby at promoted Schalke 04.

With zero points and 4:18 goals, VfL is in a worse position after six matchdays than any other Bundesliga club before them.

“It should be clear to everyone that this decision is not easy for us,” said the new sporting director Patrick Fabian: “Thomas Reis has a connection to the club and the city that goes beyond the successful past three years.”

The former VfL professional also made it clear: “We urgently need to find solutions to improve the very difficult sporting situation and at the same time ignore issues that have a negative impact on it.”

Reis (48), a player in Bochum from 1995 to 2003, took over the post of head coach at the then second division club in September 2019. In 2021 he led the traditional club back to the Bundesliga after eleven years and managed to stay up in the league last season. In addition to Reis, assistant coach Markus Gellhaus has also been released, with U19 coach Heiko Butscher taking over on an interim basis.

In the summer, Reis wanted to switch to neighbors Schalke, but was not approved by the club’s management. The negotiations about a contract extension initially failed, the unrest grew when the Schalke flirt became known.

After Domenico Tedesco at RB Leipzig, Reis’ exit is the second sacking of the coach in the current Bundesliga season.