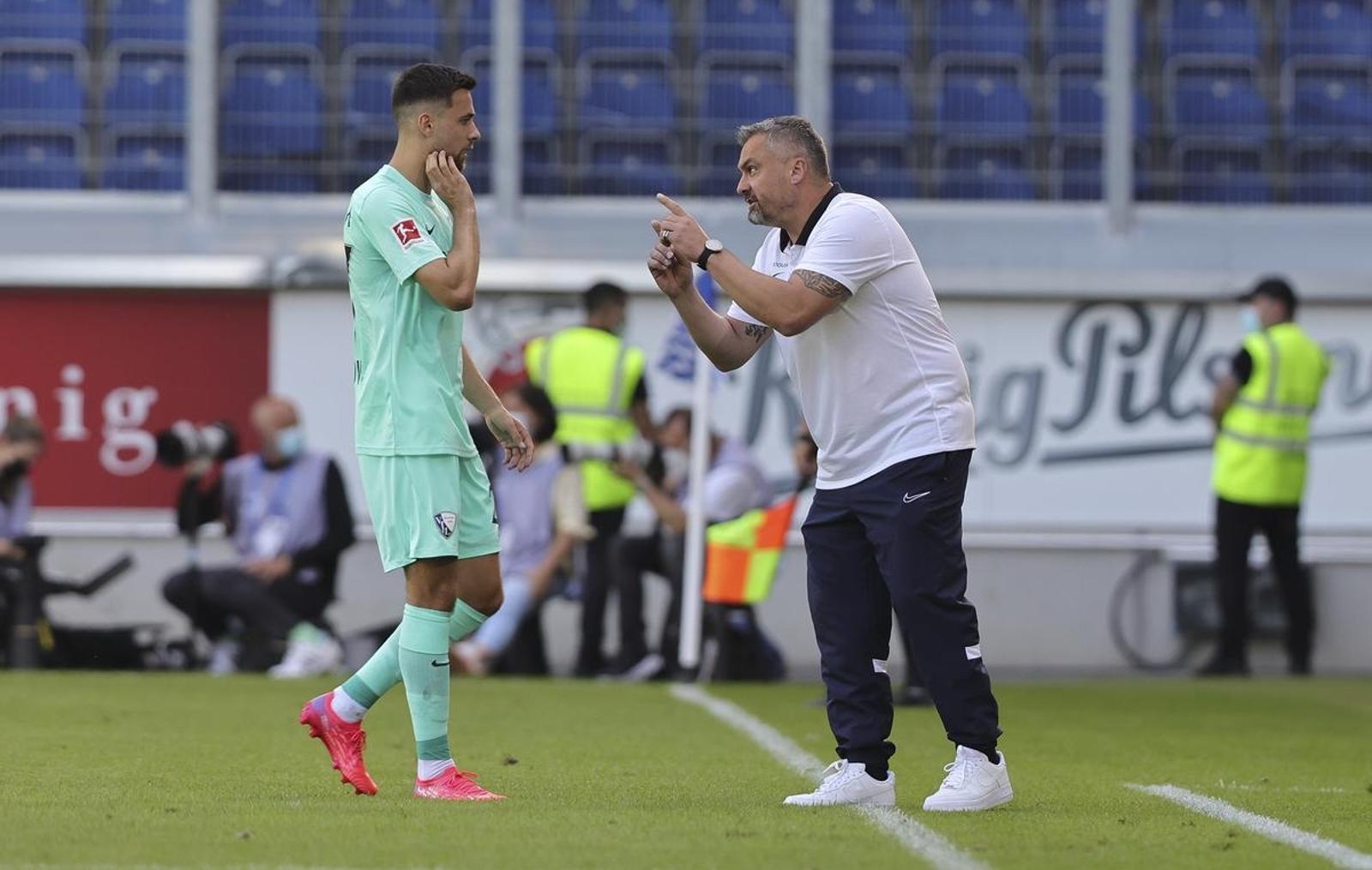 In a game that only really picked up speed after the break, VfL Bochum defeated Borussia Dortmund 3-1 (0-0) and secured the “Cup of Traditions”. Coach Thomas Reis subsequently praised the blossoming Silvère Ganvoula and revealed where he still wants to improve.

The 3: 1 (0: 0) victory of VfL Bochum above Borussia Dortmund in the end it looks clearer than it was on the pitch. A decisive factor was that BVB had two completely different teams on the field in both halves. Before the break, stars like Marco Reus, Julian Brandt and Mahmoud Dahoud were on the pitch. In the second round, the core played on the second team, which actually plays in league three. BVB II coach Enrico Maaßen also replaced Marco Rose on the sidelines.

Accordingly, the VfL coach wanted Thomas Reis Don’t hang this victory too high either. “We saw that the odds were in favor of Dortmund in the first half and that we were lucky in a few situations. Nevertheless, I think that we resolved that defensively.” In that first half Bochum had to fight back some good BVB combinations. These could have found their way into the goal, but Steffen Tigges sometimes aimed too high (14th) or failed at the foot of Erhan Masovic (34th).

Silvère Ganvoula convinces and becomes player of the game

The whole truth, besides the Dortmund interplay at halftime, also includes the fact that VfL took more initiative after the break and stepped on the accelerator. “We scored the goals at the right time. The win is not undeserved because of this second half,” summarized Reis.

Had a large part in it Silvère Ganvoula. The striker, who was hapless last year, prepared Soma Novothny’s fine back goal (66th), before hitting his own head two minutes later (68th). Herbert Bockhorn rounded off the afternoon with a fine free kick into the corner (78th). The BVB goal by Marco Pasalic was in the end nothing more than a cosmetic result (83rd).

Reis: Offensive as a focus in the training camp

Ganvoula was named player of the game following the game. “We know what we got about him. He had a difficult phase in the second division, in which we played against a lot of low-level opponents. That won’t happen that often in the Bundesliga. I think we’ll get a little deeper then will stand, “said Reis, who certified Ganvoula a” decent game “.

The Congolese now has the chance to find his way back to his old strength in the further course of the preparation, which had distinguished him in the 2019/20 season. On Sunday, July 18th, the team will go to the training camp in South Tyrol. “We still have enough needs in the game with the ball. We played up in the second division. We want to do the same in the Bundesliga. That will be a major focus in the training camp,” announced Reis.

He also keeps his eyes open on the transfer market. “I would like to do something on the left side. We are still very thin, especially in the defensive area. I wouldn’t mind another six either,” said Reis. He would like players with Bundesliga experience. “We’ll see if something is still possible. If not, we’ll work with this squad and will do everything we can to keep the league.”