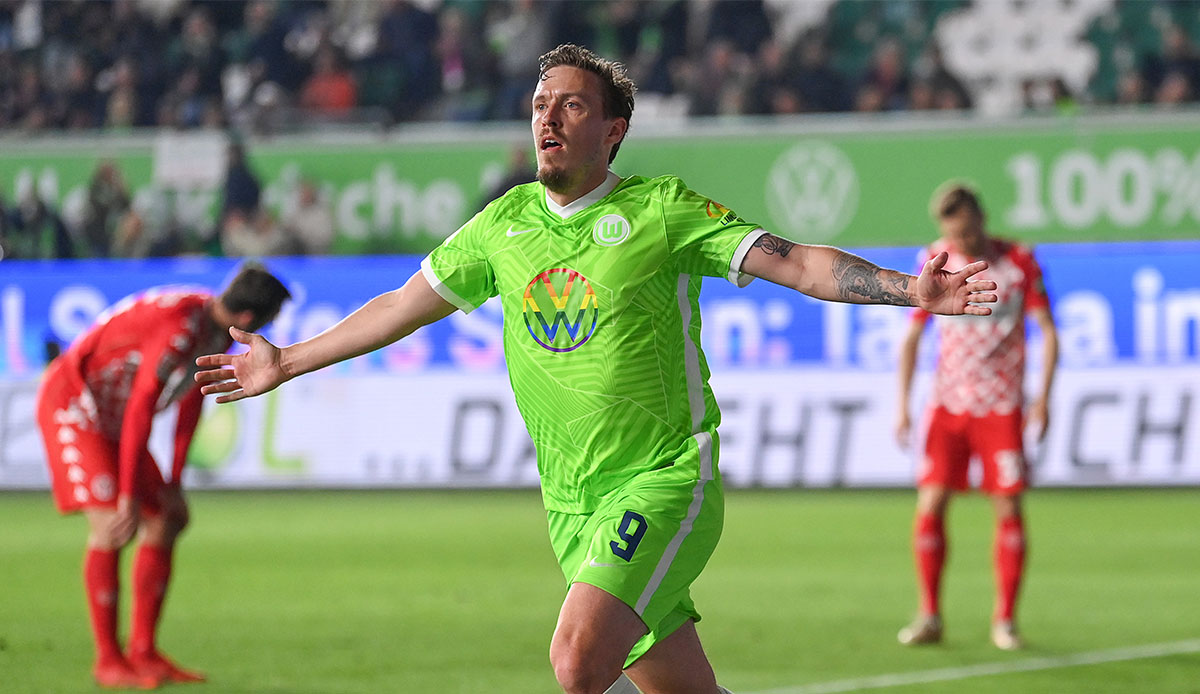 Even if coach Florian Kohfeldt still warns: After the 5-0 win against Mainz 05, VfL Wolfsburg can intensify its first division plans shortly before the end of a turbulent season.

The fans of VfL Wolfsburg already celebrated relegation and the three-time goal scorer Max Kruse, but coach Florian Kohfeldt preferred to step on the brakes and didn’t want to know anything about an early rescue. “It was an important win, but mathematically we still have to make sure we stay up,” said the coach after the 5-0 (5-0) win against FSV Mainz 05, who were overwhelmed that evening.

And because the 39-year-old wants to avoid another disappointment of this kind a year after his relegation with Werder Bremen, he also tried to capture the hype about Kruse as best as possible: “You shouldn’t hang too high that Max scores three goals, even if they were very beautiful.”

Kohfeldt probably suspected that the ex-national player would rate the current sporting situation in Lower Saxony a little more relaxed – and he was right. “We definitely got some breathing room,” said the striker DAZNmicrophone and added with a big grin: “There are worse starts to the weekend.”

VfL Wolfsburg: Staying up in the league is almost certain

But it is also clear that the North Germans are almost saved from relegation, but it is and will remain a messed-up season. Having started the season as a participant in the Champions League and as the Bundesliga table leader, the Werkself did not get back on track under either Kohfeldt or his predecessor Mark van Bommel. Added to this was the embarrassing first-round exit in the DFB Cup after a mistake made by the Dutchman.

“The season didn’t go that well,” said team captain Koen Casteels somewhat euphemistic, but also made it clear that it was now important not to let the season run out: “We should end the year with something positive.” Otherwise, discussions about Kohfeldt should flare up again at the factory club, even if they stay up in the league.

Lighterloh burned and burned in Mainz, the team of coach Bo Svensson can be happy to already have 39 points after five games without a win. Still, the Dane was extremely displeased at the way his team accepted their fate in Wolfsburg.

“The first half in particular was an absolute cheek. We’ll have to talk about that internally,” said the 42-year-old. Defense chief Stefan Bell almost sheepishly agreed with his coach on the DAZN microphone: “In the first half we weren’t there for 20 minutes and learned a lot.”