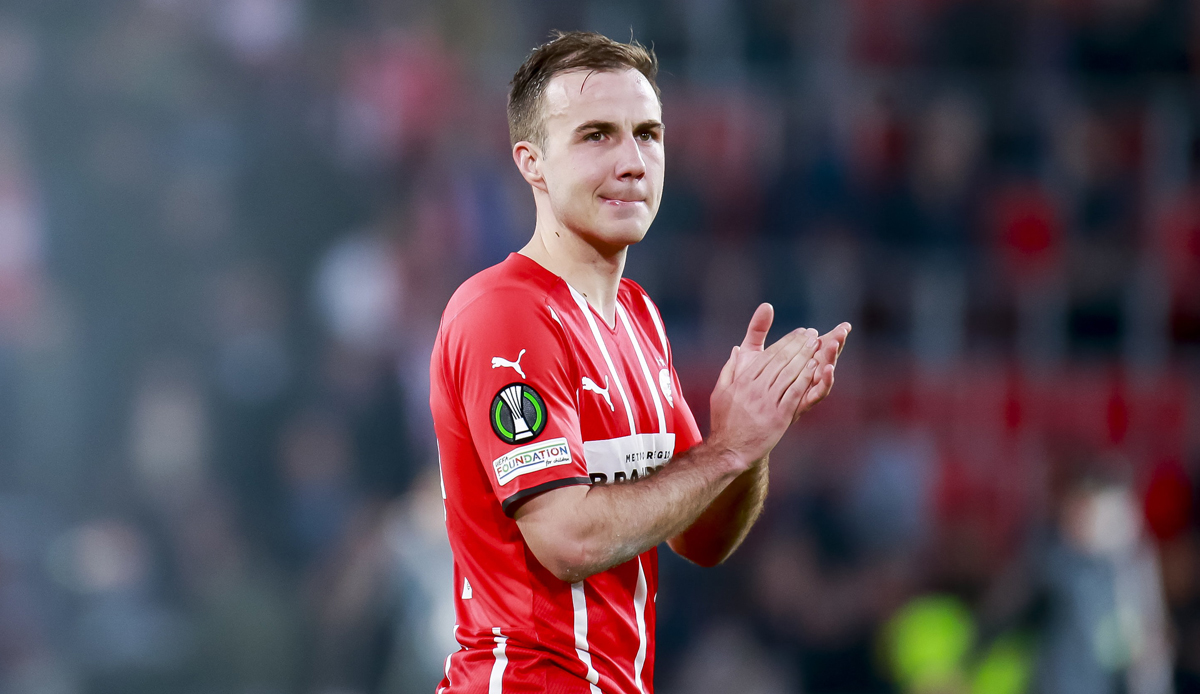 Mario Götze is about to move to Eintracht Frankfurt. But with the return home, the expectations of the 2014 world champion also increase.

Perhaps Mario Götze will remember Joachim Löw’s famous words when he signs his contract with Eintracht Frankfurt. But this time it’s not about showing the world that he’s better than Lionel Messi: the media, experts and probably Götze himself want to know whether the 2014 World Cup final scorer can still shine on the biggest of all stages.

This is exactly what has to be proven after the – not yet perfectly reported – change from PSV Eindhoven to the Europa League winner. The now 30-year-old is finally playing in the premier class again. “I’ve always made it my mission that I really want to win the Champions League,” said Götze Sports Illustrated said. It is doubtful that this will succeed with Frankfurt, but that is not the point.

Götze sees Eintracht, who only has to pay three million transfer fees, as the next step on the way back. Back to top. He made concessions for this, probably decided against possibly even better conditions at Benfica Lisbon and for a basic salary of around three million euros in Hesse. Noisy picturenewspaper Eintracht sports director Markus Krösche Götze visited on vacation in Mallorca and personally convinced him. Götze, who lives in Düsseldorf with his wife Ann-Kathrin and son Rome, saw the opportunity.

At least six games in the premier class, regular playing time in the league: He will also become more visible again on the radar of national coach Hansi Flick. Sure, the offensive offer for Serge Gnabry, Kai Havertz, Thomas Müller and others is huge, but maybe with top performances in the Champions League it will still be enough for the Qatar World Cup in winter (November 21 to December 18) . Götze’s last international match was around four and a half years ago, while July 13, 2014 seems like ages ago.

Bayern newcomers: A pattern that has grown over time

This 113th minute, this moment when he was really better than Messi for one touch of the ball – and Germany shot to the world title in Rio de Janeiro. In hindsight, that blissful moment weighed so heavily that expectations crushed it. Never again was Götze as good as he was as a teenager at Borussia Dortmund in Jürgen Klopp’s championship team. In 2013, FC Bayern paid 37 million euros for him, BVB got him back three years later for 22 million. But the former child prodigy never achieved Messi status.

Instead, Götze, who at times also suffered from the consequences of a metabolic disease for a longer period of time, withdrew from the German public after four difficult years at BVB. Under Roger Schmidt, now at Benfica, he was able to play and find his role. 18 goals and 18 assists in 77 competitive games for PSV are official, although as a man of the fine blade in Eintracht’s pressing system he will first have to find his role.

However, if he succeeds, the story of Mario Götze could find a conclusion that is particularly satisfying for him personally.