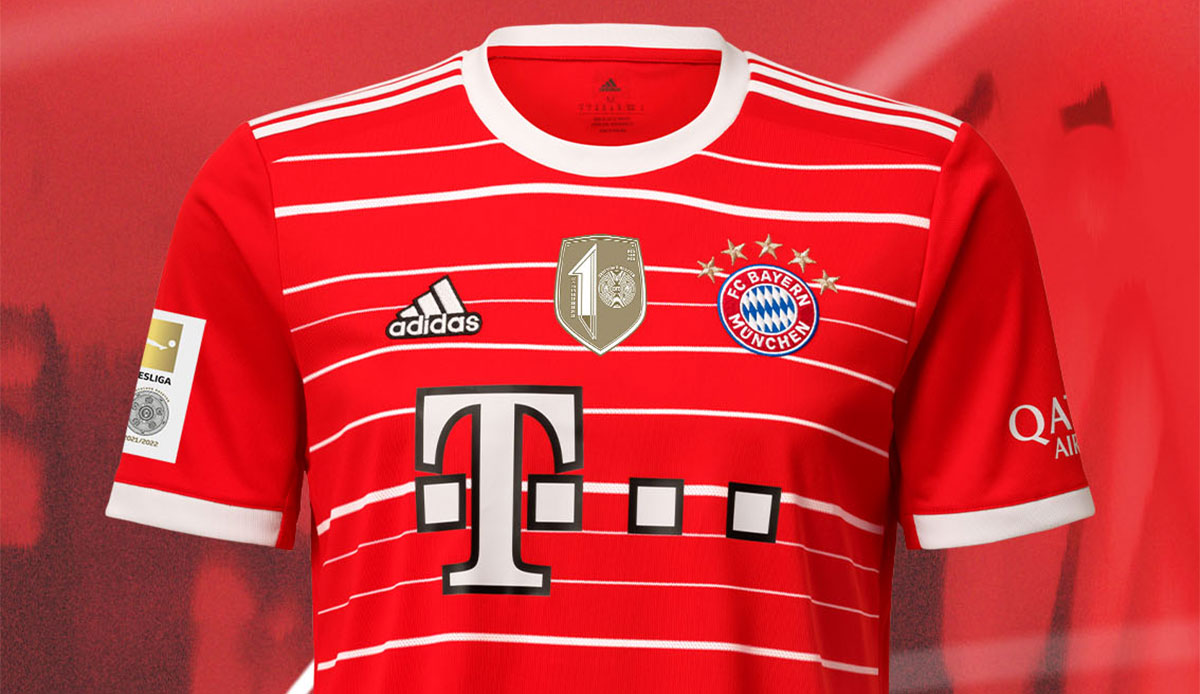 FC Bayern Munich has presented its home jersey for the 2022/23 season and will wear it for the first time against VfB Stuttgart. Interesting: There is another symbol between the club crest and the Adidas logo. What’s it all about? Here is the answer.

FC Bayern Munich has also managed to win the championship in Germany for the tenth time in a row. Julian Nagelsmann’s ensemble succeeded on April 23 with a 3-1 win over Borussia Dortmund – early on the 31st matchday.

Today, Sunday, May 8th, Bayern will also receive their championship trophy. They will already be wearing their home jersey for the coming 2022/23 season. The club presented the new jersey on Thursday, it will be used for the first time against VfB Stuttgart in match day 33 of the Bundesliga (kick-off in the Allianz Arena at 3:30 p.m.).

FC Bayern Munich, new shirt: what does the symbol in the middle mean?

Interesting: On the front there is not only the usual club crest, the logo of supplier Adidas and the emblem of main sponsor Telekom. An additional badge is placed between the Bayern coat of arms and the Adidas logo. It closely resembles the badge always worn by the reigning club world champions.

In the case of Bayern, however, it should stand for the unique performance of the ten championship titles in a row. Accordingly, a ten is also shown on it, with the years of the title series on the side. It started in 2012, and by the way, FCB has now won 32 games in the Bundesliga.

The home shirt is made from 100 percent recycled materials and costs 90 euros. The outfit also includes red shorts and red socks. Five stars can be seen above the coat of arms for the meanwhile 32 championship titles.