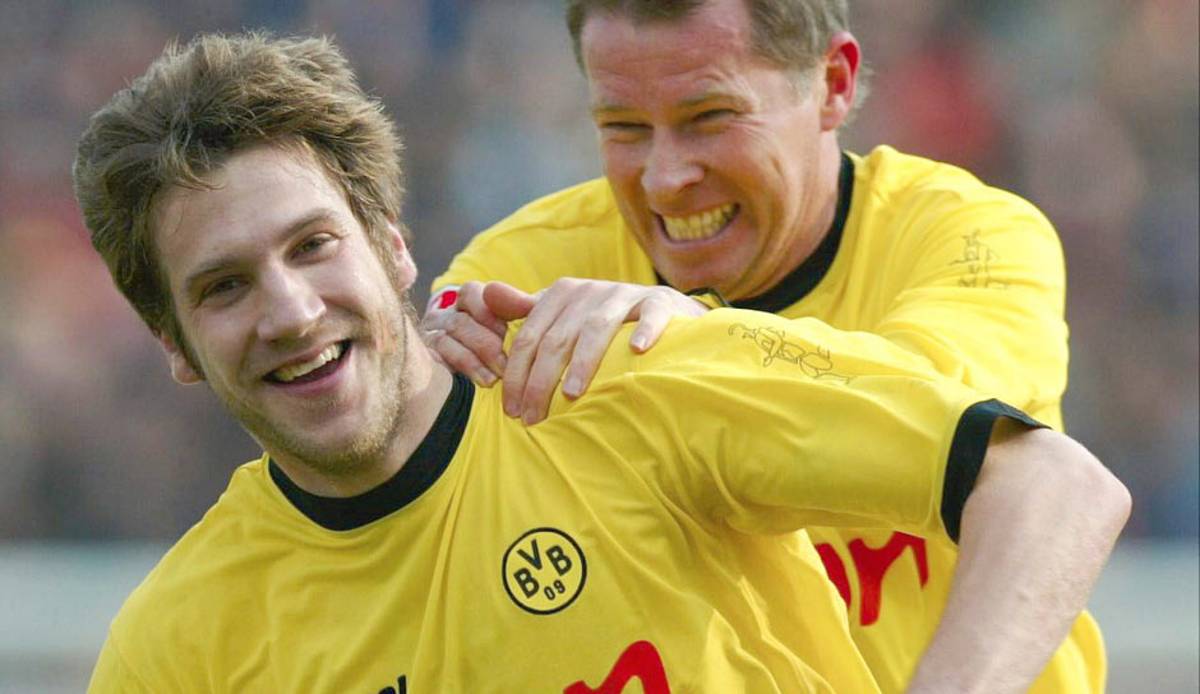 In tough negotiations in 2002, Borussia Dortmund and Werder Bremen haggled over the transfer of national player Torsten Frings. In the meantime, BVB had an embarrassing breakdown.

If Borussia Dortmund actually wants to sign Torsten Frings as Edin Terzic’s new assistant coach, as recently reported, the process should be much easier compared to Frings’ transfer as a player 20 years ago. Frings is currently without a club and contacting him to send him an offer should be easy in the age of smartphones.

That was different in 2002, when Frings switched from Werder Bremen to BVB. For weeks, both clubs haggled over the defensive midfielder, whom the then Dortmund coach Matthias Sammer had chosen as his dream player.

Frings had also made a decision early on, mind you, without accompanying his favorite scenario with the stylistic device of the strike, which is popular today: “My decision is made,” he said and bought a house in Dortmund. After BVB defeated Bremen on the 34th day of the 2001/02 season and thereby became champion, Frings was also present in the Borussia dressing room to congratulate his supposedly new teammates on the title.

However, all this did not facilitate the negotiations between the clubs. Frings’ contract in Bremen expired in 2003 and Werder insisted on a fee of ten million euros. With good reason, because the then 25-year-old had played an outstanding season, so he also had offers from Bayern Munich and Bayer Leverkusen.

2002 World Cup final: These players were on the pitch in the Germany vs. Brazil game

The 2002 World Cup was just around the corner. National coach Rudi Völler wanted the personal details to be clarified before the start of the tournament. Frings had only won eight caps before, but was in such good form that he was considered a seed ahead of the opening game against Saudi Arabia. However, Völler was not heard.

That was also due to an interim mishap that happened to Dortmund. BVB were willing to improve their original offer and sent Werder a fax with a new proposal. Borussia was now ready to pay exactly 7.29 million euros for Frings. Only: The Westphalians had accidentally sent the fax to a private individual in Bremen.

He immediately went to the media. BVB was exposed and became a laughing stock for a short time. Opposite the Dortmund transmitter Radio 91.2 the club grudgingly admitted the error. But the story wasn’t quite as dramatic as Eric Maxim Choupo-Moting’s failed move to Cologne nine years later.

BVB and Bremen agree on a transfer fee for Frings

In order to repair the damage, Borussia then approached Bremen’s claim further. It wasn’t the only mishap in the tug-of-war over Frings: When both delegations met for further talks in Osnabrück, Bremen’s sporting director Klaus Allofs was late because he was stuck in a traffic jam.

National coach Völler advised the Dortmunders to finally come to pot. Because: “If Torsten plays a good World Cup, it will be even more expensive.” With Frings in the starting XI, Germany had meanwhile won the opening game of the World Cup 8-0.

The breakthrough finally came before game two against Ireland. Both clubs hit 8.5 million euros – it was Werder’s highest income from a player sale to date. “Under the circumstances, we couldn’t say no more,” said a relieved Allofs. “The economic situation in the league is still uncertain, Torsten would have been free in a year and has repeatedly emphasized his desire to switch to BVB immediately. Since the transfer is right, this transfer is the best solution for all sides. “

Frings got a four-year contract in Dortmund, but his time in black and yellow was ill-fated. Although they finished third in the Bundesliga, they were eliminated in the second round of the Champions League. In July 2003, Frings tore his cruciate ligament and had to watch as his team-mates failed first in the Champions League qualifier at FC Brugge and later in the UEFA Cup at FC Sochaux.

As a result, the club’s financial knockout became more and more likely. After two seasons in which he played 63 competitive games (twelve goals, nine assists), Frings no longer fit into BVB’s greatly reduced salary structure. In addition, the granting of the license was at stake. He moved on to FC Bayern for 9.25 million euros, where he won the double but returned to Bremen after just one season.

Incidentally, when Frings was transferred from BVB to Munich, both clubs offset the last installment of a two-million-euro loan that FCB granted to the clammy Dortmunders in the 2003/04 season. Six weeks after the deal between the two big clubs, Borussia already paid back 1.5 million euros, but it took a long time before the missing 500,000 euros went to the Isar – in this case without a fax breakdown.

BVB: Torsten Frings during his time at Borussia Dortmund