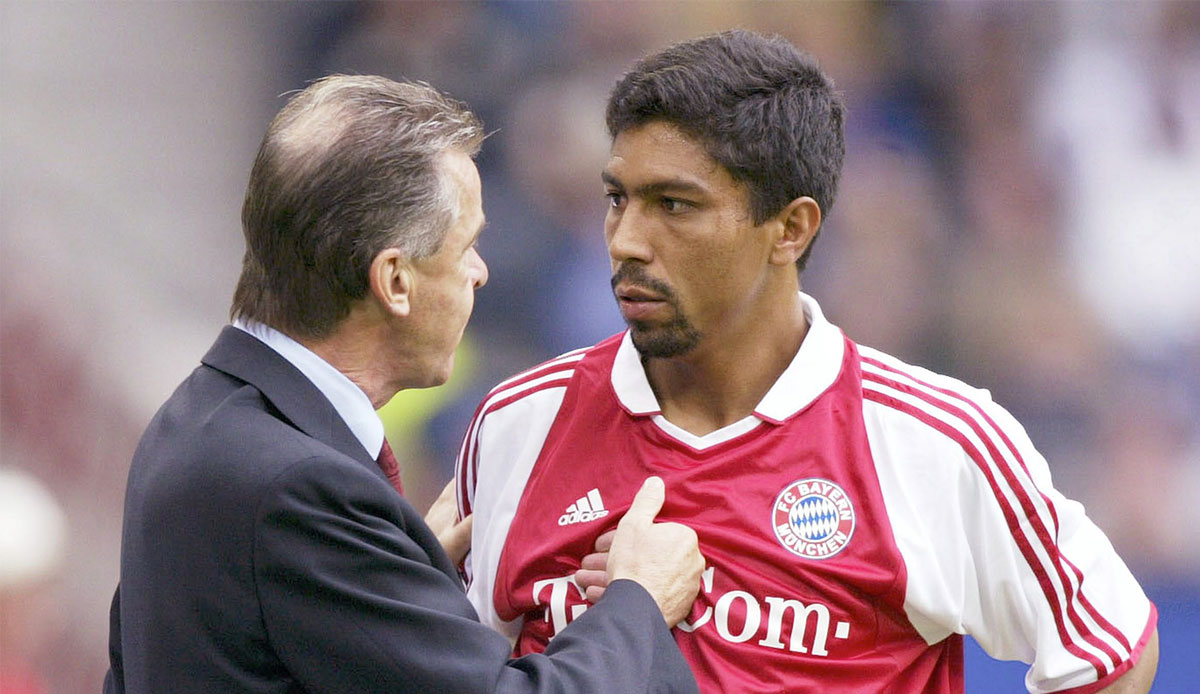 Giovane Elber is one of the best strikers in FC Bayern club history. But in the spring of 2002, the Brazilian was pretty stinky.

Robert Lewandowski was still an adolescent and hardly anyone in Germany knew when Giovane Elber scored goals on the assembly line at FC Bayern Munich. The Brazilian played for Bayern between 1997 and 2003 and won almost everything there is to win, including the 2001 Champions League title.

But even then, some strikers had quite an allergic reaction when they had to sit on the bench. Elber was no exception. And with coach Ottmar Hitzfeld it was quite possible that the stars in the team were always sitting outside. Because Hitzfeld was an advocate of rotation. But even a star coach does not always reach the egos of his players with arguments that actually make sense.

On March 23, 2002, Elber was allowed to play right from the start. In the Bundesliga match against 1. FC Köln, he scored twice in the 3-0 win and made history at the time. After the game he had 108 Bundesliga goals, which made him the most accurate foreigner in the German upper house.

At the end of his time in Germany he had 133 goals under his belt – this mark was first surpassed by Claudio Pizarro and then pulverized by Lewandowski. The Pole has scored 312 times in the Bundesliga so far.

FC Bayern: Giovane Elber was not a friend of the rotation

Of course, Elber didn’t know that back then in March 2002, which is why one should actually assume that he must have been in the best of moods after the game against Cologne. But far from it. He caused an uproar after the game when he admitted: “I didn’t feel like it in the first half today.” Clear words from a player who until then was actually considered quite professional – and which did not go down well with his coach.

Why was Elber so annoyed? That brings us back to the subject of rotation. Because four days before the Bundesliga game, Bayern had to play against FC Nantes in the Champions League. And for this game Hitzfeld did without his top striker, Elber wasn’t even in the squad. “I was upset that I didn’t play against Nantes,” admitted the attacker candidly. A week earlier against Manchester United, Elber had only come off the bench – too much for the Brazilian striker’s soul.

Although Elber delivered against Cologne afterwards, Hitzfeld was not impressed by the statements made by his protégé. “It’s unprofessional. It’s a bad attitude when you say you didn’t feel like playing,” he said. In view of the many games, there was no alternative to the rotation. “You have to accept that,” added Hitzfeld. Incidentally, there was no fine for Elber at the time.