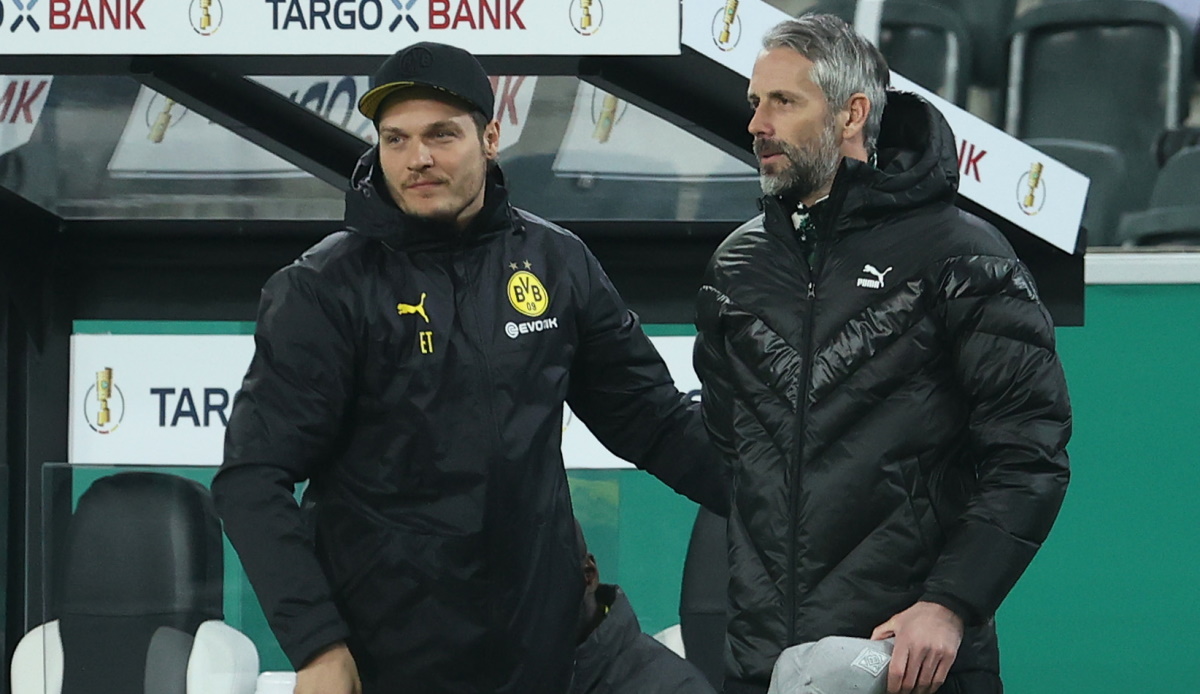 Borussia Dortmund will soon appoint their seventh coach in seven years. But it takes more to turn the tide than just renewing the coach – especially since Marco Rose’s successor has a very big task ahead of him.

Whenever Borussia Dortmund releases a coach or separates “by mutual agreement”, one inevitably thinks back to this one press conference by Jürgen Klopp. Almost exactly seven years ago, the most successful coach in recent club history ended his episode at BVB.

At the time, Klopp tried as best he could with a good face on the sad occasion, while next to him Hans-Joachim Watzke and Michael Zorc repeatedly struggled with their emotions and tears. At that time, Klopp announced his voluntary departure from Dortmund and he built the argument for his decision around a core sentence.

“I think Borussia Dortmund needs a change,” said Klopp. “And if my person is changed, many other things can remain.” Or to put it another way: It is easier to replace one person – the coach – than an entire team and the structures behind it and within the club.

From Klopp’s point of view, that was probably a last act of friendship for BVB, in order to avoid long debates after a messed-up season and, above all, to clear the way for new impulses. Seven years and six coaches later, you have to admit that things with the new impetus and a restart in the post-Klopp era never really worked.

BVB: Not the right one again

In any case, the mood on Thursday evening should have been less emotional when Dortmund’s management team and coach Marco Rose agreed on an early separation and thus also the termination of the contract. Once again, a trainer packs things up, worn out after a changeable season and with no prospect of a quick recovery.

You can call it consistent with BVB to part with the trainer now because of the ongoing doubts and not at the beginning of the new season, when there may be no success and the murmuring immediately increases again. The cut is a very clean one, but it’s just a cut. And the admission of not having found the right person again.

Rose is quoted as saying that the “100 percent conviction of all those responsible” was no longer there. But apparently he could also have meant parts of his team.

Like their predecessors, this team has managed to wear out a coach. The fact that major restructuring measures are now being carried out on the squad is at least a clear signal. Ultimately, however, the team is again served a bite-sized excuse. Once again, the decisive change takes place in the position of the coach.

BVB: The performance principle is missing

With new staff and a new team of coaches, BVB will continue to operate with an open heart in the near future, especially since coach Rose was certainly able to exert his influence in the decision-making process. A reversal in the philosophy of the club would be at least as important as the exchange of people.

The pattern just repeats itself too often to be a purely personal issue. The lack of performance culture has been an issue for years, in principle since the separation from Thomas Tuchel forced by the club. It’s not enough to write a few key words on the blackboard – “emotionality”, “passion”, “pressing machines”, attack football” and then hope that it will somehow come together in the end.

Interim highs were never an incentive to become even more ambitious, but sooner or later the signal to fall softly enough as long as the minimum targets are reached. The newcomers from the somewhat older age groups in particular adapt surprisingly often to this way of thinking.

BVB adjusted its strategy on the transfer market years ago, trying to install a business model for itself by buying, training and further training the players, some of whom are very young, and then selling them on. And that always works very well.

The “older” additions are not getting any better at BVB

But when it comes to external arrivals who already have a certain amount of experience, who are seasoned professionals in their mid-20s and who don’t see Borussia primarily as an instantaneous player, there are only a few who have really gotten better during their time in Dortmund.

Who could make another leap – even if many of these transfers were absolutely understandable at the time of their implementation. Players like Julian Brandt, Thorgan Hazard, Nico Schulz, Emre Can, Thomas Meunier, Thomas Delaney and Andriy Yarmolenko cost and still cost a lot of money, but they have only sporadically advanced the team.

So a new coach is supposed to do that now and it is reasonable to assume that it will be Edin Terzic. Hans-Joachim Watzke did not want to answer the personal details on the sidelines of BVB’s U-19 Cup final against Stuttgart, but former BVB employee and current U-19 national coach Hannes Wolf made a more than clear indication. In any case, Terzic would be a very obvious solution.

Network reactions to Rose: “Apparently they really want to be champions”

Terzic is the most convenient solution – but also dangerous

Terzic is currently “Technical Director” at the club, the post was created especially for him a year ago. To keep the 39-year-old warm and at the club, it has been rumored as some sort of backup for the Rose experiment. Terzic is an affable type of buddy, one from the BVB family, which apparently still seems to be a very important attribute. And he would be ready immediately – if he dared to do the job at all.

Terzic led the team last year to the premier class and to victory in the DFB Cup. The last few weeks of his commitment as an interim solution have been extremely successful. But we mustn’t forget what happened before and that it was “only” a matter of a certain bridging time. Now the whole burden of the reforms would be on his shoulders and enormous expectations.

And the players who were only able to raise Terzic to the status of savior last spring would no longer be there either. It was primarily thanks to Jadon Sancho’s performance explosion and Erling Haaland’s goals that Borussia was still able to succeed. As long as there was less of the individual class of these exceptional players on the pitch, Dortmund played like one team among many.

The position of coach is the most important in a football club. Dortmund are now making their seventh change since Jurgen Klopp left the club. The most convenient solution can work, but it also involves a great deal of risk. And it’s no longer enough to just change this one position so that “many other things can remain,” as Klopp put it.