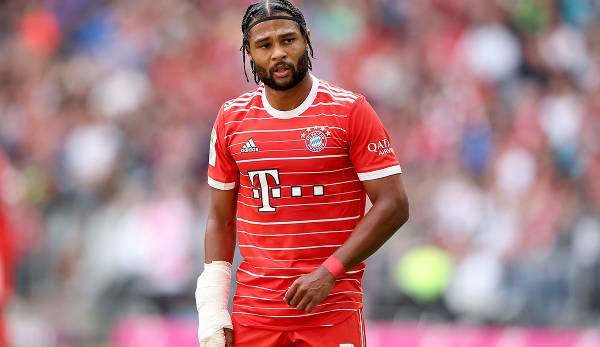 One or the other FC Bayern fan might have noticed something in the game against VfB Stuttgart last weekend: four players had bandages on their hands. You can find out the reasons for this in this article.

Shortly before the Champions League cracker against FC Barcelona, ​​there are certainly performances for FC Bayern fans that inspire more confidence than the 2-2 draw against VfB Stuttgart last weekend. In addition to the performance of the record champions, the main concern could be that four players, namely Matthijs de Ligt, Serge Gnabry, Mathys Tel and Noussair Mazraoui, had bandaged hands.

You can find out what this is all about in this article – as well as more information about the duel with Barça.

The good and obvious news first: none of the associations prevent players from playing against FC Barcelona – at Mathys Tal it has nothing to do with an injury. The newly crowned youngest Bundesliga goalscorer from FC Bayern wears the bandage, according to information from sports1 just for good luck. From a purely medical point of view, it would not be necessary.

The situation is a little different for the other three players. Before the 7-0 win over newly promoted VfL Bochum, de Ligt tore a ligament in his hand that had to be splinted. Because of the splint, his bandage extends from his hand to half his forearm, just like Gnabry. The offensive man suffered a fractured wrist against VfL Wolfsburg, which also had to be splinted. In the end, the two were in the starting eleven.

Mazraoui will probably be the quickest to get rid of his bandage. What exactly he got is unclear, but apparently no splint is necessary.

Champions League, FC Bayern vs. FC Barcelona in the live stream on Amazon Prime – the information at a glance

Almost all group matches are broadcast live and in full DAZN shown – Bayern’s game against Barca is an exception. The reason: a Tuesday game is allowed Amazon Prime Video select, this week it’s the meeting of the German record champions. on DAZN So you can only see Robert Lewandowski’s return in the conference.

In full length, it is only at Amazon Prime Video shown. Here, the transmission starts one hour before kick-off, i.e. at 8 p.m., with the preliminary reporting – then Jonas Friedrich and expert Benedikt Höwedes comment on what is happening on the field.

If you can’t see the match in full length, but still want to be informed about all developments, just have a look at our live ticker. We tick the entire game, so you don’t have to miss any action.

Click here for the live ticker of the game between FC Bayern and FC Barcelona.

After the first day of play, both FC Bayern and FC Barcelona have three points in their tally. The game on Tuesday is about the lead in the table.