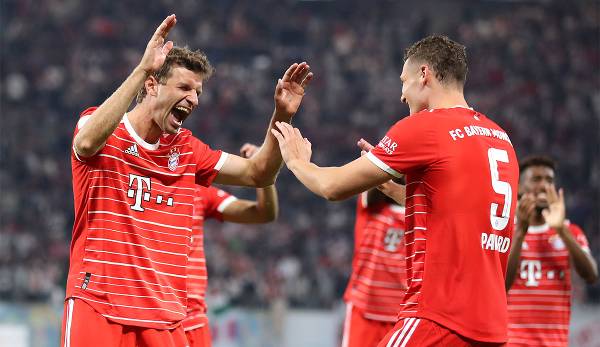 As reigning champions, FC Bayern Munich will take part in the opening game of the new Bundesliga season – but not in their own stadium as the home team. Why is FCB playing away against Eintracht Frankfurt? SPOX explains it.

Ten German championships in a row: FC Bayern Munich achieved something historic in the 2021/22 season, even if the title in the Bundesliga ended up being the only triumph of early summer. Will Julian Nagelsmann’s team finish in the top position for the eleventh time in a row? That remains to be seen.

The way there is a long one, consists of 34 match days. A difficult challenge awaits at the start. As the preparation of the game plan at the DFL showed, Bayern will meet Eintracht Frankfurt on the first matchday.

The encounter will take place this Friday, August 5th, and will be kicked off at 8:30 p.m. The setting is Deutsche Bank Park, home of the reigning Europa League triumphant.

FC Bayern Munich: Why is the Bundesliga opener against Eintracht Frankfurt away today?

Despite being the current champions, Munich have no home rights. Why is that? This is simply because this home advantage was only valid until 2016. Since then, all that has been stipulated is that the champion takes part in the opening game – and depending on the venue.

The schedule is created using software that takes various aspects into account. In fact, it was only in 2021 that the champions started the new season away from home for the first time since the change. FC Bayern, who made a guest appearance at Borussia Mönchengladbach and played 1-1, were also affected. With the guest appearance in Frankfurt, the away start is repeated directly. Will there be a winner and a loser again this time?

The last opening game without any Munich participation was precisely because of their title dominance a whopping ten years ago. At that time, Borussia Dortmund had received Werder Bremen as a double winner and won 2-1.

Bayern, who recently played their general competitive start away from home with a 5-3 win against RB Leipzig in the Supercup, will play their first home game of the new season on August 14. Then VfL Wolfsburg comes to the Allianz Arena (5:30 p.m.).