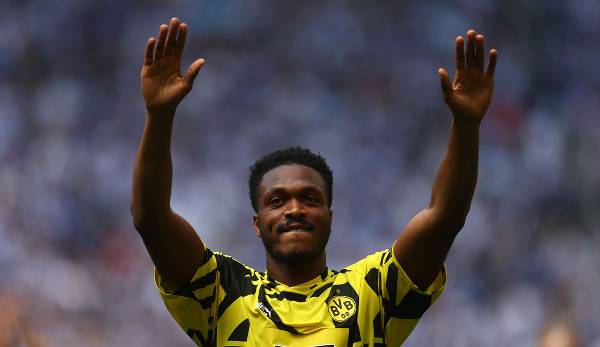 Dan-Axel Zagadou may have found a new club. Two legends contradict Jürgen Kohler, according to which Borussia Dortmund is the favorite for the championship next season. All news and rumors about BVB at a glance.

Dan-Axel Zagadou has, according to information from sports1 several offers are available, including from OGC Nice – the new club of his former BVB coach Lucien Favre. There should also be interest from Olympique Marseille and England.

Zagadou had agreed to a separation with Borussia Dortmund in the summer, his expiring contract was not extended after five years. Zagadou has struggled with serious injuries in the past.

Favre is considered a fan of the central defender. The Swiss was officially introduced to the French first division team on Monday. He succeeds Christophe Galtier, who is set to sign with Paris Saint-Germain.

The two Dortmund club legends Frank Mill and Michael Rummenigge contradicted Jürgen Kohler. This had chosen BVB as the “top favorite for the championship” in view of the transfers that had already been made.

“Sorry, but I see it a bit more objectively. Jürgen Kohler’s statement was too high. He sees the BVB boys too far ahead. Borussia Dortmund has strengthened very well. Above all, they finally did something in defense. The offensive has also been strengthened and talented, young, good players have been bought in. But making this team the favorite for the title, I see it a little differently,” said Mill sports1

Nevertheless, the former striker is certain that BVB “is playing for the title and the gap to Bayern Munich will definitely be reduced. The black and yellow will play a better season than last year. Because with Edin Terzic there is a new, positive one The general mood is there. Borussia have a chance, I agree with Jürgen, but the favorites for the title are always FC Bayern. If Robert Lewandowski really stays in Munich, it will be difficult.”

Rummenigge struck a similar note: “I had to smile when I read that. I would like to contradict his statement a bit. I think Dortmund sees it the same way I do. Because Bayern are always the biggest favorite in the league and for as long Lewandowski doesn’t change clubs and stay in Munich, I can’t imagine Bayern Munich not becoming German champions. But it would be nice if the league were a little more exciting. Let’s see what happens.”

Karl-Heinz Rummenigge’s brother also praised BVB’s transfer policy: “Borussia bought very well, strengthened the defense wonderfully and added Adeyemi and Haller up front. BVB is on the right track and I’m already on the right track Excited about the start of the season. Both at Bayern and at my Dortmunders. (…) Dear Jürgen Kohler, you leaned a bit out the window there. I would appreciate it if BVB became champion, but it isn’t the absolute favorite for the title.”