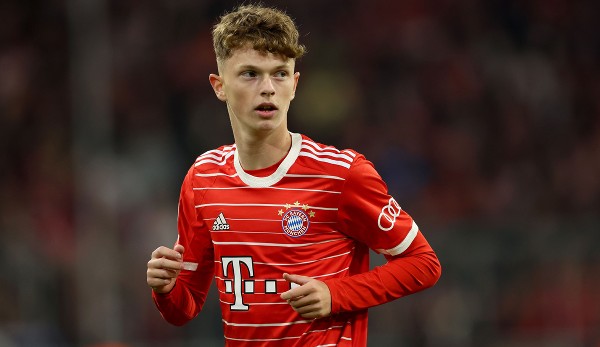 The DFB threatens to lose Bayern talent Paul Wanner to the Austrian association. Also: Sadio Mané encourages Senegal’s side after losing to England. All news and rumors about FC Bayern can be found here.

After Germany’s early exit from the World Cup, the DFB intends to focus more on strong talent from the youth field in the future. “We have to get better at training!” said national coach Hansi Flick, among other things.

A promising talent, which could soon slip through the fingers of the DFB officials, is Paul Wanner from FC Bayern. According to information from sports1 The Austrian association, for which the 16-year-old could also play due to his Austrian mother, is trying to get the offensive player’s services.

Accordingly, ÖFB trainer Ralf Rangnick is said to have commented positively on Wanner after taking the 16-year-old to the training camp in Marbella. In addition, ex-Bayern star David Alaba should also support Wanner and want to convince him of a decision in favor of Austria.

Noisy sports1 However, the 16-year-old does not want to commit himself to an association in the near future. Wanner has played for the U15s, U17s and U18s at the DFB. So far, the U21s have not been invited, despite good performances at FC Bayern.

At the World Cup in Qatar, Bayern star Sadio Mané was unable to prevent Senegal from being eliminated. The striker missed the tournament with an infection in his fibula and was forced to watch his side’s 3-0 defeat by England in the last 16.

Mané still congratulated his teammates via Instagram to a strong World Cup tournament. “Dear brothers. You fell arms in hand. The people are very proud of your achievement and you brought balm to the hearts of the Senegalese and all fans by worthyly defending the national flag,” wrote the 30-year-old there.

He trusts the West Africans to be able to play an important role in major tournaments in the future. “The learning goes on and good luck. We will look for more trophies Incha’allah,” Mané continued.

Senegal had qualified for the Round of 16 after finishing second in Group A behind the Netherlands but lost to England there. While the West Africans now have to return home, the Three Lions are challenged in the quarter-finals against France.