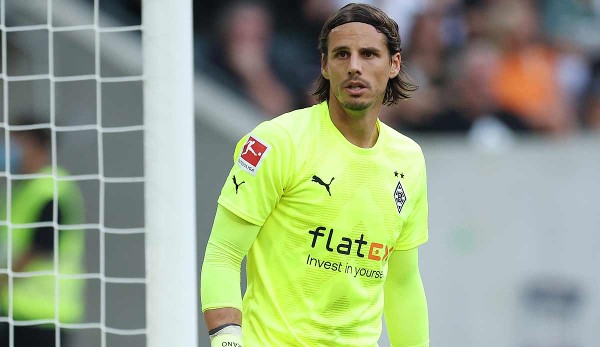 FC Bayern Munich apparently wants to strengthen with another goalkeeper after the injury of regular goalkeeper Manuel Neuer. In the event that a return campaign by Alexander Nübel shouldn’t work, Bayern Munich are said to have Yann Sommer from Borussia Mönchengladbach at the top of the list. Chief scout Pirmin Schwegler is drawn to a league competitor. All news and rumors about FC Bayern can be found here.

Since a premature return of Alexander Nübel from Monaco to FC Bayern seems increasingly unlikely, the Munich team is apparently intensifying the search for alternatives.

As sky Now reported, Yann Sommer is said to have come more into focus. The 34-year-old Swiss national goalkeeper is therefore the “non-alternative preferred candidate” of the Bayern bosses. Sommer himself could also imagine a change.

Sommer’s contract in Gladbach runs until 2023, and the signs were pointing to farewell anyway, as the goalkeeper has not yet accepted an offer from Gladbach to extend the contract. Sommer came to the foals from FC Basel in 2014 for nine million euros.

Noisy picture Bayern definitely want to upgrade after Neuer’s absence by the end of the season and not go into the rest of the season alone with Sven Ulreich and 19-year-old Johannes Schenk. In addition to Sommer, the tabloid also names PSG substitute keeper Keylor Navas and Morocco’s national goalkeeper Bono (FC Sevilla) as possible candidates.

After his starting eleven in the opening game against Australia (4:1), Benjamin Pavard played no role in the following games at the World Cup. The demotion to substitute player by coach Didier Deschamps was attributed to tactical negligence on the part of the Bayern defender.

With critical comments about the coaching team and colleagues, Pavard is said to have increasingly disrupted the chemistry within the team. According to Molina, Pavard also made “inappropriate comments” on the bench during the final defeat by Argentina.

Pavard had already caused a stir before the tournament started by publicly emphasizing several times that he wanted to leave Bayern after the current season. The 26-year-old’s contract runs until 2024.

According to media reports, Bayern Munich loses to TSG Hoffenheim, chief scout Pirmin Schwegler. The former Swiss national player will switch to the management of his former club in the new year and will be given a position under sports director Alexander Rosen.

The 35-year-old Schwegler played for the Kraichgauer between 2014 and 2017. In addition, Schwegler was active for Bayer Leverkusen, Eintracht Frankfurt and Hannover 96.