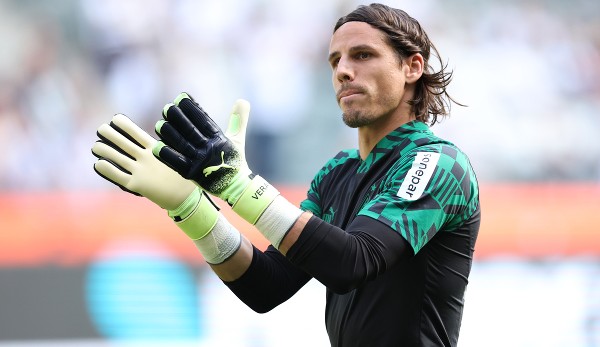 Can FC Bayern sign Yann Sommer as a high-quality replacement for the injured Manuel Neuer? The statement by Gladbach’s sporting director Roland Virkus sounded pretty clear at first: “We won’t be giving up Yann Sommer. We told Bayern that too.”

So you could actually declare the topic of Yann Sommer and Bayern Munich over. Realistically, however, poker for the Swiss national goalkeeper has only just begun! If you were actually sitting at the poker table, Gladbach would not be in a good position.

After the season, Sommer would be free, so now is the last chance to get any money for the 34-year-old. An extension beyond this season seems more unrealistic than ever in the current situation. This means that the Borussia leadership will have already thought about the summer successor. Bayern know that too. And: Sommer himself really wants to go to Bayern. And right away.

In Munich, the Virkus announcement does not seem to be taken too seriously. Coach Julian Nagelsmann said at the training camp in Qatar: “I didn’t read the headlines and I fainted. I think it’s part of the job that you put on a poker face in this area.”

It also fits that picture reported: During the phone call between the clubs, the cancellation is said to have sounded less final than when Virkus made a public statement.

In addition, the Bayern bosses themselves know all too well that a publicly expressed refusal to drive up the price is simply part of the transfer trade. Oliver Kahn only got this tool out of his suitcase last summer: he publicly announced that the record champions would not sell Robert Lewandowski to FC Barcelona. Quote: “Basta!”. When the Catalans then put the desired fee on the table, Kahn’s announcement was no longer worth anything. But in the end there were more millions in the Bayern account.

Munich will certainly not have discarded their plan with summer. According to sports1 That’s why you don’t deal more intensively with possible other candidates such as Kevin Trapp or a keeper from abroad.

Bayern and Yann Sommer: Poker for the fee?

The only problem for Bayern than the Virkus announcement could be that Gladbach apparently prefers to completely cover the obligation of their summer successor with the transfer fee for the Swiss. The preferred candidate is probably Jonas Omlin, for whom Montpellier is said to be asking between eight and ten million euros. So that would be the sum that Gladbach could demand from Bavaria for the summer. However, this wish could be a bit presumptuous when you consider that you would soon no longer get any money for the summer, but even in the best case scenario you would have a new goalkeeper for years to come.

Bayern should be ready to pay 4.5 million euros, Gladbach apparently dreams of a maximum of ten million. As with so many transfers in the past, there’s still time until the end of the transfer period to meet somewhere in the middle.