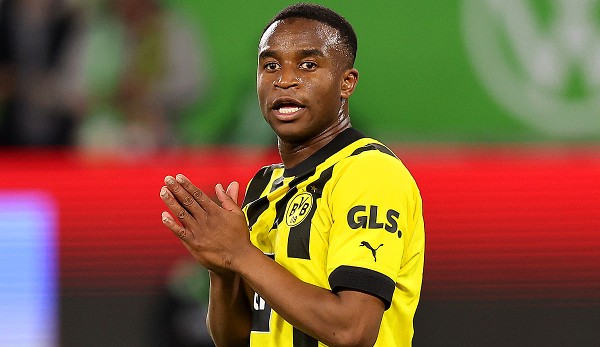 Youssoufa Moukoko has reportedly turned down a final offer from Borussia Dortmund. The return of loan player Ansgar Knauff is probably uncertain. And: In the next district derby, there could be a duel between two brothers. Here you can find news and rumors about BVB.

As the picture reported, Borussia Dortmund made a “final pain limit offer” to Youssoufa Moukoko to extend the contract. Accordingly, the 18-year-old striker could collect up to six million euros per season in the future instead of the previously alleged 1.8 million euros.

However, this is still not enough for Moukoko’s side. According to the report, this demands a salary of at least seven million euros for the German national player, whose contract with BVB expires in the summer of 2023.

“I can confirm that we are not yet about to sign a contract extension with Borussia Dortmund,” said Moukoko’s advisor Patrick Williams a few days ago sky explains: “A player like Youssoufa is interesting for all the top clubs in the world. Especially when he is free and has a future in the German national team.”

The youngster, who has scored six goals and six assists in 22 competitive games for Dortmund this season, is associated with Chelsea, FC Barcelona, ​​Manchester United and Paris Saint-Germain, among others.

Ansgar Knauff, who is currently on loan at Eintracht Frankfurt, is under contract with BVB until 2024. The loan deal ends after the current season and the 20-year-old offensive player is scheduled to return to Dortmund.

According to sports1 However, staying with Eintracht is also possible. The U21 national player does not want to lose his status as a regular player, which is why Borussia must show him good prospects in order to convince Knauff to return.

Allegedly, the Knauff side would like to meet with Eintracht sports director Markus Krösche in January for exploratory talks. “With Ansgar we said that we will try to keep him,” said Krösche Frankfurter Rundschau.

However, BVB plans with Knauff, as coach Edin Terzic recently clarified: “The clear plan with him is that he returns to us.”

Born in Göttingen, he has made 17 competitive appearances for Frankfurt this season. Knauff scored a goal and prepared two more goals.

The 22-year-old should initially appear in BVB’s second team. “We were already interested in him in the summer, so it’s all the better that it worked now,” said Dortmund’s U23 manager Ingo Preuss about the transfer.

Akono has scored four goals in 18 competitive games for Verl this season. He also provided one assist.

Will there be a duel between two brothers at the next district derby between Dortmund and Schalke? A report of picture According to the Royal Blues, they are interested in Keven Schlotterbeck, the brother of BVB kicker Nico Schlotterbeck.

The central defender, who is 25 years old and two years older than Nico, is currently under contract with SC Freiburg.