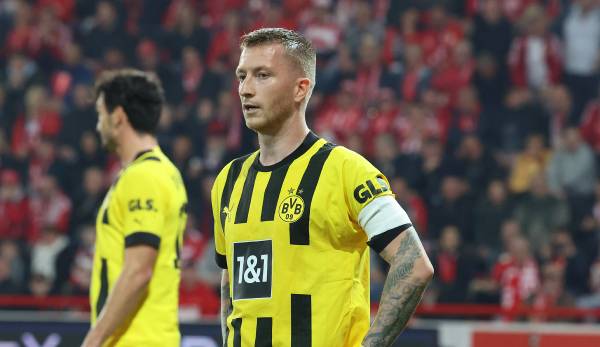 BVB jewel Youssoufa Moukoko can apparently continue to calculate chances of a World Cup nomination. Meanwhile, his possible contract extension in Dortmund is also causing trouble in the family. There is still a personal question mark before the game against Stuttgart. News and rumors about Borussia can be found here.

By Friday, the DFB had to report to FIFA a list of 55 players who could be considered for a nomination for the World Cup in Qatar. This does not have to be made public, which the DFB apparently does not intend to do. As the SZ reported, however, there is much to suggest that the name Youssoufa Moukoko can be found on this.

Accordingly, the youngster has “recently aroused increased interest” and plays a role in the mind games of national coach Hansi Flick. The same applies to Kevin Schade from SC Freiburg for an offensive player who, in contrast to the recently much-discussed Niclas Füllkrug from Werder Bremen, flies a little under the radar.

The early nomination of such a large list also serves to provide the relevant anti-doping authorities with the data. The final 26-player squad is set to be called on November 10th. On November 23, the DFB team will start the first Winter World Cup in history against Japan.

An extension of Moukoko’s contract with BVB beyond the season is still pending. According to information from picture This is also related to family disputes. Currently, the parents as legal guardians would have to sign it for him.

However, the striker does not want father Joseph and mother Marie to have a chance of getting his money. BVB is said to offer the youngster more than three million euros in the event of a three-year extension.

You can find more information on the subject here.

In all likelihood, BVB will also have to do without captain Marco Reus against VfB Stuttgart. Coach Edin Terzic said on the PK before the game: “He felt his foot more painful after the game against Union Berlin, so we’re looking at it from day to day.” In addition, there is “a question mark” behind the use of Marius Wolf.

The most important issues when attempting to reverse the trend after recent mixed performances are “participation, determination, quantity of chances to score. We will get out of this phase and score again, then many things will be easier for us.”

Additional statements by Terzic can be found here.

BVB professional with a record for eternity – nobody knows him today!