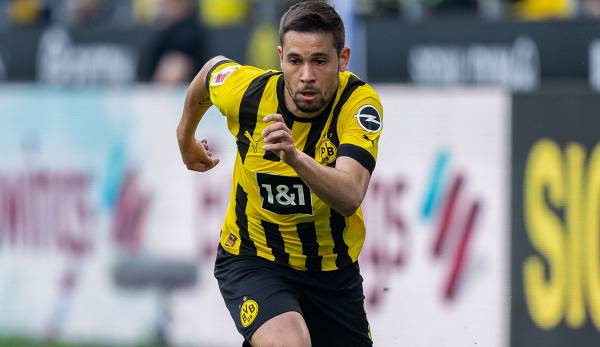 Borussia Dortmund has apparently presented Youssoufa Moukoko with a ready-made contract offer. Manchester City are arguably after Raphael Guerreiro. News and rumors about BVB can be found here.

Youssoufa Moukoko has probably submitted a ready-made contract offer to BVB. According to information from WAZ the attacker could extend his contract with Dortmund, which expires in 2023, at any time.

The 17-year-old is apparently still hesitant to sign. Moukoko first wants to wait for his playing time under coach Edin Terzic and then make a decision about his future. As an alternative, according to the report, there is also a loan to an offensive second division team. For this, however, Moukoko would first have to extend the contract with the black and yellow.

BVB is looking for according to the WAZ still on for a replacement for Sebastien Haller. Borussia apparently want to introduce a striker with a similar profile to Haller this week. The striker should be powerful, strong in the air and technically gifted.

A candidate would therefore be Anthony Modeste from 1. FC Köln. The 34-year-old could be available relatively cheaply due to his contract, which ends in 2023, and his relatively old age. However, it is questionable whether the Cologne Modeste want to give up at all.

Pub operator and stoner: That’s what happened to the youngest BVB debutants

Raphael Guerreiro is loud The Athletic on the Manchester City slip. The Skyblues are looking for another left-back, the Portuguese is the plan B of city coach Pep Guardiola.

Because the Cityzens actually wanted to sign Marc Cucurella from Brighton, but the Spaniard is probably too expensive: City would have to pay almost 50 million euros, Guerreiro would supposedly be available for half.

Since Dortmund’s dream player, David Raum, has left Hoffenheim for Leipzig, it is unlikely that BVB will let Guerreiro go – at least not without signing a replacement. Nico Schulz is also a trained left-back. But he is allowed to leave the club, so Guerreiro is currently the only serious option for the position.