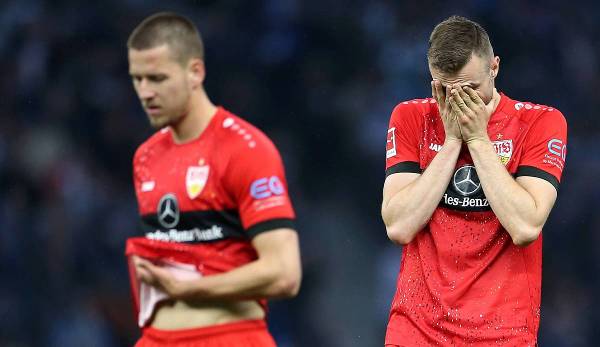 Not Julian Nagelsmann, Christian Streich or Domenico Tedeso is the coach of the season, but Union coach Urs Fischer. Dortmund is annoyed by an outrageously expensive transfer flop, while Maximilian Eggestein is allowed to reinvent himself in Freiburg.

VfB: No offensive concept and no bench

What should it be that VfB Stuttgart put on the lawn in Berlin? In – so far! – showing a non-performance like this in the most important game of the season is a strong performance. And not worthy of the “offensive performance” of the team of a Bundesliga club.

And that is exactly where the great misjudgment of those responsible lies. Sven Mislintat and Pellegrino Matarazzo never tired of saying that things would improve with the return of the players injured in the first half. And indeed, four or five weeks ago it looked as if the team had rediscovered their offensive spirit.

But even then you could see how difficult it is for the team to convert their chances – which the team can hardly play out anymore. The last goal from free play was on March 12, it was Sasa Kalajdzic’s equalizer against Union.

After that there were four goals from set pieces, none in the last three games. Hardly anything is left of Matarazzo’s football: no more flat play structure, no overplaying lines, no control of the half-spaces. Instead, long diagonal balls, half-field flanks and the hope of a one-on-one action.

In the end, that will be just as insufficient as the quality of the substitute bench. The coach can’t improve on the offensive at all, hardly any change has a positive effect. Hard to imagine that Stuttgart will win another game under these conditions. The hope is probably based primarily on the fact that Bielefeld does not accidentally get another three…