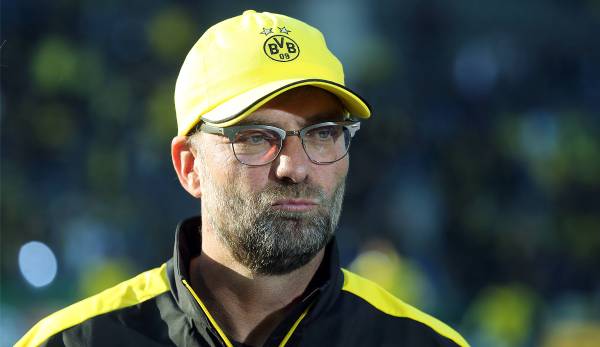 Liverpool FC is in its first crisis of the season after only three matchdays. After the 2-1 defeat by Manchester United, coach Jürgen Klopp is faced with a multitude of problems. Is his most difficult time since 2014, when BVB was in a relegation zone in winter, now looming?

Three match days are played in the Premier League. Only three, Liverpool FC will think. Everything is still open, a lot can – no, even has to change. When Jürgen Klopp faced the assembled press after the 2-1 defeat by Manchester United, he seemed dejected. Like someone who has just been told that a traffic jam of several hours awaits them on the way home.

After the said three games, the Reds are in 16th place in the table. Two points, four goals to five, not a single win – many in Germany already remember Klopp’s last season with Borussia Dortmund. At that time, BVB was in a relegation zone during the winter break.

It is still too early for such comparisons. Nevertheless, Liverpool’s problems are not just down to bad luck or coincidences. SPOX and GOAL look at the biggest construction sites of the reigning runner-up.

Asked about the change options, Klopp said: “Otherwise we had central defenders and children on the bench”. Of course, Núñez’s absence is his own fault, but it’s not surprising that the manager spoke of a “witch in the house” at Kirkby last week. Barely more than two weeks into the season, his options have been depleted.

Above all, Thiago is missing a lot from the team. Otherwise, he sets the rhythm and pace of the game and has creative skills that are important against every defensive bar. The Reds recently ran out of options in attack. Fábio Carvalho had to make up for Núñez’s absence as Roberto Firmino was injured and Jota was absent.

Thiago, Matip and Konaté will probably be missing until at least mid-September, Oxlade-Chamberlain even longer. Meanwhile, Klopp needs to find solutions and hope no more players get injured.

The fact that Thiago cannot be replaced is one story of the current crisis at Anfield. The other is that there is little convergence in midfield beyond that. At the beginning of July, Klopp reacted very irritably to an inquiry as to whether there was still a need there. “Tell me, what kind of player are we missing? One who is attacking, 1.95 m tall and who comes into the penalty area to head balls in?” said the 55-year-old: “What do you want? This golden cow, who produces absolutely everything, including milk?!”

How do you think the coach thinks about it six weeks later? He can hardly absorb the injuries with the options. Some players are still very young, others like James Milner are well past their prime at 36.

At the latest after this start of the season, Liverpool FC has to put up with the question of whether what is probably the most important part of the squad has not been sufficiently thought through and planned. In recent years, the Reds have been successful in waiting for the right player if necessary. But does sitting out the problems work in this case? Midfield is already a problem in the short term, but it could get worse in the long term. The topic has been brewing for more than a few weeks.

Every beginning is difficult: Liverpool does not get out of the starting blocks

It doesn’t take an in-depth analysis to realize that giving your opponent a head start might not be a very good idea. Across the seasons, Liverpool have been trailing behind in the last seven league games. Klopp slammed his players’ “attitude” after the Fulham draw.

Whilst he insisted after the United game it wasn’t that, there were similarities in the way his side dealt with the intensity, physicality and will of the hosts.

Whether it’s complacency, fitness, or a collective lack of confidence? Maybe it’s a bit of everything. In any case, the problem must be fixed. On Saturday against AFC Bournemouth (4 p.m. in the live ticker) it will be important to score the first goal – also for the head.