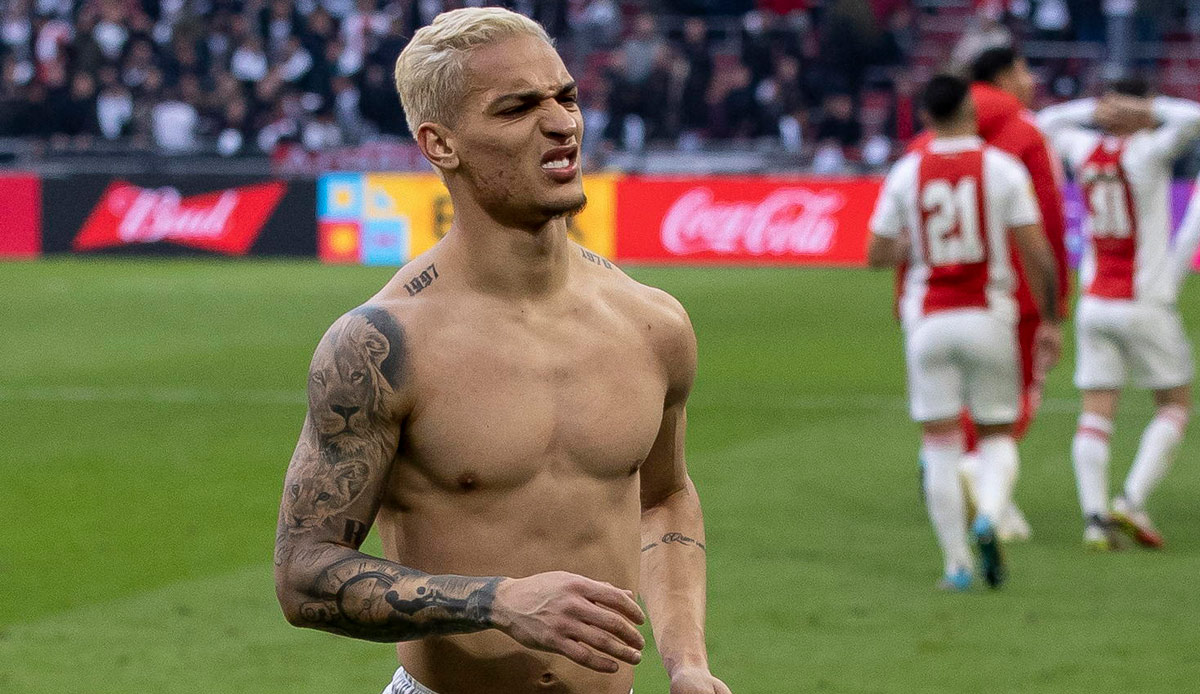 Manchester United are still fighting for Antony, but Ajax Amsterdam stand in the way. Now the player’s camp should drive a change.

Antony still wants a move to Manchester United but negotiations between Ajax and the Red Devils are stalling. According to information from SPOX and GOAL, the Dutch recently rejected an offer of 60 million euros from the English record champions.

Ajax, on the other hand, are demanding 80 million euros for Antony, which is why the two clubs are currently far apart in the negotiations. The attacker’s agent Junior Pedroso has been in Europe since the end of last season in a bid to reach an agreement in negotiations.

Antony dreams of playing for Manchester United and the player’s camp is now trying hard to find a compromise between the two clubs.

Antony’s contract with the Dutch record champions runs until 2025. In the past, the 22-year-old has also been linked with a move to Bayern.